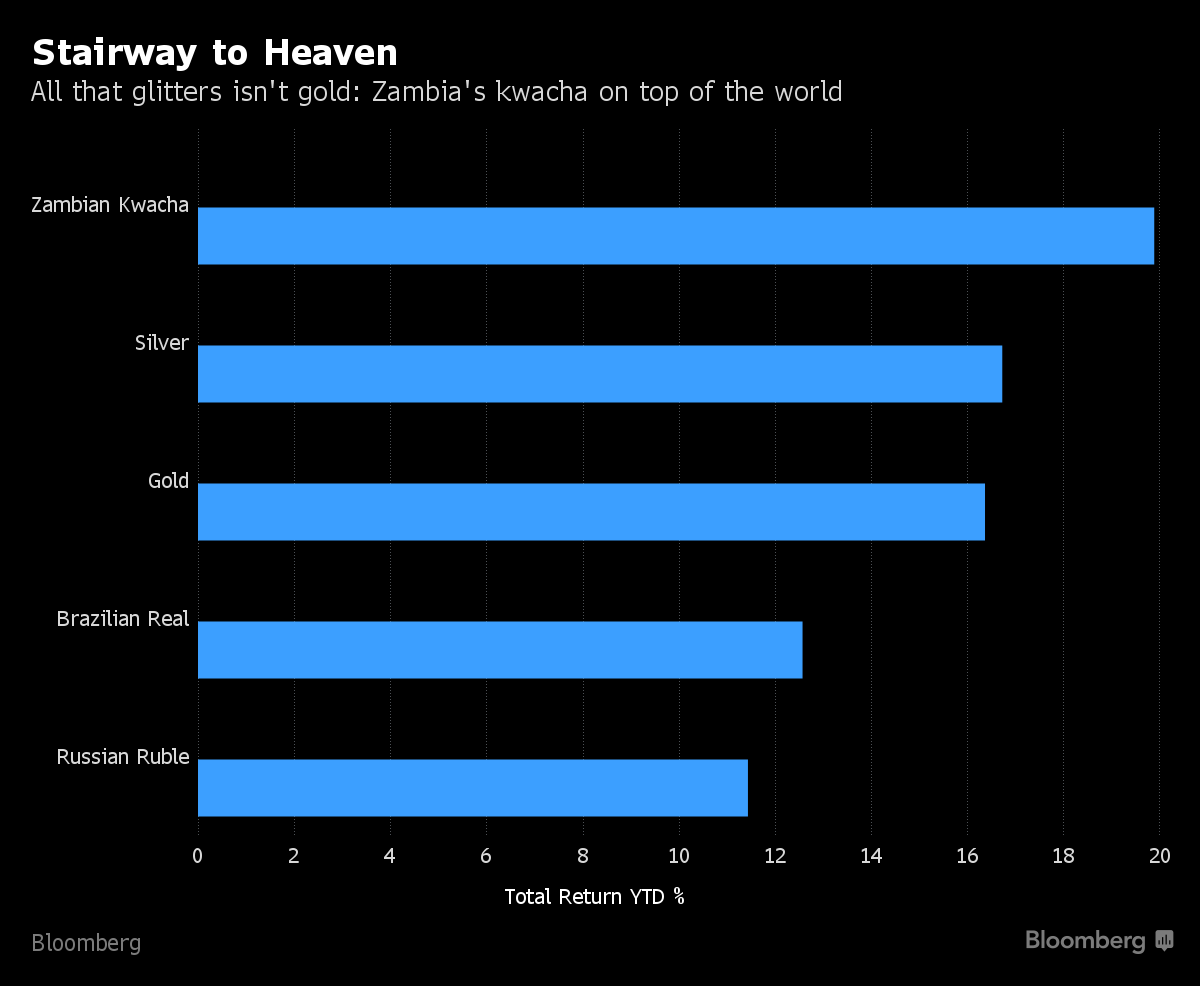 Zambia’s kwacha has gone from the world’s third-worst performance in 2015 to the best this year, outshining gold, silver and 150 other other currencies and precious metals tracked by Bloomberg.

Further gains are in store as copper prices recover, according to ETM Analytics.

The currency of Africa’s second-biggest copper producer has advanced 19.9 percent against the dollar in 2016, surpassing gold’s 16.3 percent gain, after slumping 42 percent in 2015.

The currency has benefited from an increase in metal prices, news of increased mining investment and proposed changes to mineral royalties seen to be more investor friendly.

“We continue to see the kwacha relocating with the copper price,” Gareth Brickman, an Africa analyst at ETM Analytics, said in a report on April 12. “There is still room for several percent’s worth of gains.”

The kwacha’s slump last year was sparked by a severe power crisis, falling copper prices and a ballooning budget deficit. Since reaching a seven-year low in mid-January, copper prices are up 11 percent and expectations are rising that Zambia will reach an aid deal with the International Monetary Fund after general elections scheduled for August.

Some Zambian companies have been converting dollars into kwacha fearing they could lose out on the rally, and tight monetary policy from the Bank of Zambia has also supported the currency by driving yields higher, Irmgard Erasmus, an analyst at NKC African Economics, said.

An estimated $660 million yearly fuel and power subsidy bill means that government spending is far above the budget, even as growth slowed to about 3 percent, the lender said.

“In the short term, we see the currency strengthening, but the economic fundamentals of electricity shortages and drought still pose notable threats,” said Neville Mandimika, Africa strategist at Rand Merchant Bank in Johannesburg.