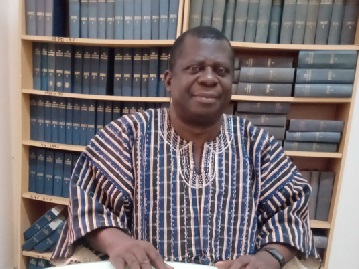 This is pursuant to section 21(1) of the Minerals Income Investment Act, which was passed in 2018.

This fund through its subsidiary entity will own and manage all the country’s existing gold assets and maximise value derived from these assets.

It is envisaged that it can raise between US$500 million and US$750 million immediately for governmental infrastructural development through its operations.

This fund is the first of its kind in Africa and once the fund’s subsidiary becomes fully operational, it will lend weight to the New Patriotic Party (NPP) government’s goal of making Ghana the leading financial hub in West Africa.

Mr Baah, a senior partner at Sterling Partnership Law Firm is a product of University of Ghana where he obtained his first degree in Economics and Political Science.

He worked briefly at the then Ministry of Trade and Industry before leaving for post-graduate studies at Nottingham University in the United Kingdom.

He later enrolled at the Lincoln’s Inn and was called to the English Bar.

He became a Member of Parliament (MP) for Kumawu in 2003 through a by-election. He exited Parliament in January 2013.

During his tenure as a Parliamentarian, he chaired almost all the legal committees of Parliament, represented Parliament on the Georgina Wood Committee that probed the cocaine menace in 2006.