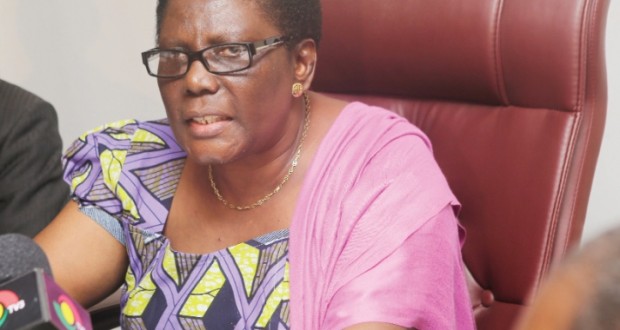 The Controller and Accountant General’s Department (CAGD) will from October introduce the Electronic Salary Payment Voucher (E-SPV) for workers who receive salaries from the department.

This forms part of government efforts to improve on the management of public sector payroll.

Mr. George Baah, Director in charge of Payroll, announced this on Monday at a two-day training workshop for management units, human resource managers, accountants, regional and district directors of the various Institutions in Cape Coast.

The E-SPV is an electronic version of the paper salary payment voucher that must be validated real-time and securely through the internet before salaries are paid.

Mr. Baah explained that the E-SPV allows for easy validation and submission of salary payment vouchers on-line to the CAGD.

He said the introduction of the E-SPV has gone a long way to reduce the number of ghost names on government payroll and encouraged staff who are paid through the CAGD to register with e-switch smart card system for the payment of their salary.

Mr. Baah said the new policy directive has successfully been implemented in seven regions and that effective October salaries would be processed for the ministries, departments and agencies as well as the metropolitan, municipal and district assemblies (MMDAs) in the Central Region that validate and certify the E-SPV sent to them by the CAGD.

He cautioned that any unit that failed to validate and certify their E-SPV would lead to its staff not been paid for that month and officers who are found culpable would be sanctioned and in extreme cases prosecuted in court.

He said for the programme to achieve any success, it is imperative for the various sectors and units to take full ownership and control of their payroll adding: “No validation no salary.”

Mr Aquinas Tawiah Quansah, Regional Minister commended the CAGD for introducing the programme, adding that it would help reduce the number of ghost names on the government payroll.

According to him about 80 percent of the Audit report queries are on payroll issues such as resignation, transfers, terminations, vacation of post and ghost names.

He said the new system would be able to address the situation.

Mr. Quansah said the MMDAs and other heads of department who have signed performance contracts that the E-SVP would be one of the parameters that would determine their salaries and would be accountable for under and overpayment of incomes.

He warned that the units’ heads in-charge of the E-SVP who failed to validate and certify the pre-list of persons on their payroll and amounts would be made to face the anger of their staff.

Mr. Samuel Duedu, Regional Director of CAGD, said it has been the concern of government to improve the management of public sector payroll.

The participants would be trained on the 10 simple steps of validation, salary payment voucher and the provisions of the 2004 Legislative Instrument 1802, process flow for validation, key policy and guideline highlights, stakeholder responsibility, reports on the E-SPV system and E-SPV Monitoring.