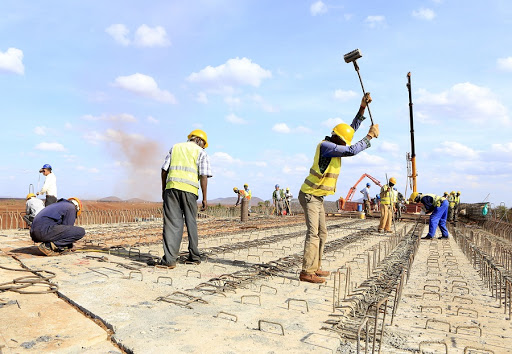 Work on Accra-Nsawam rail line has resumed weeks after it was temporarily halted because of activities of encroachers.

The activities of the encroachers, who included sand winners, had compromised the structural integrity of the existing facility, leaving the Ghana Railways Company Limited (GRCL) with no option but to reconstruct new ones.

Arrangements have been made to get onboard rail workers from Takoradi to facilitate the reconstruction work which is expected to be completed within three weeks.

The Minister of Railway Development, Mr Joe Ghartey, who visited the rail line yesterday to assess the situation, said the rail line would be reopened as soon as possible.

He was accompanied by the acting Traffic Manager of the Takoradi office of GRCL, Ms Comfort Awinya, the acting Chief Mechanical and Electrical Engineer, Mr Alfred Selby, and the Institution Reforms and Human Resource specialist at the GRCL, Mr Yaw Asamoah Monno.

“I received briefing from officials of the GRCL that the activities of the encroachers intensified during the Christmas break and caused damage to sections of the rail line.

“The engineers of the GRCL originally intended to reinforce the sections that had been weakened by the activities of the encroachers but after a number of tests, they decided to reconstruct it,” he explained.

Mr Ghartey said a test run would be conducted upon completion of the reconstruction work, after which a definite date for reopening of the rail line would be announced.

He gave an assurance that his outfit was working hard to fix the rail line to ease the transportation challenges commuters on Accra-Nsawam line faced.

Meanwhile, the minister has directed all encroachers around the country’s rail lines to stay away in their own interest.