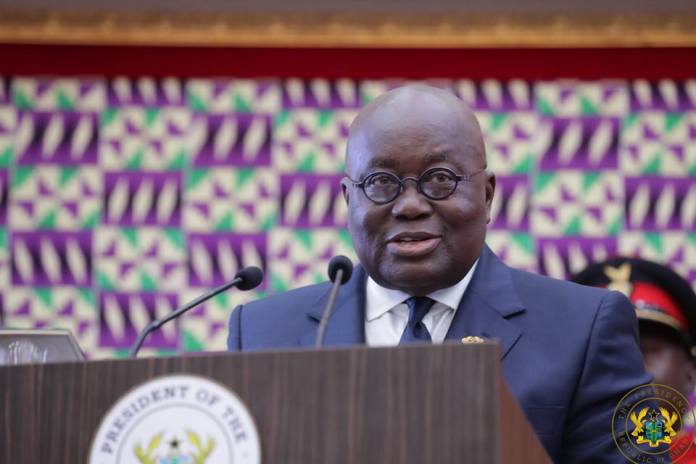 A total of 850 women entrepreneurs with disability across the country, have benefitted from the “Presidential Empowerment for Women Entrepreneurs with Disability Fund,” to secure their livelihood, President Nana Akufo-Addo, has announced.

The GHC5 million Fund, was established by the government in April, last year, with the aim of providing financial support to 1,000 women entrepreneurs with disability within two years – to either establish or scale-up their businesses.

The President was delivering his fourth “State of the Nation Address”, to Parliament on Thursday.

He said 50 percent of the money given to the beneficiaries was a grant with the remaining 50 percent attracting zero interest.

This would enable them to expand their businesses to create direct jobs and many more indirect jobs for the people.

President Akufo-Addo said the establishment of the Fund was not only delivery of their manifesto commitment, but also a fulfillment of the Sustainable Development Goals (5, 8, and 10) – promoting economic inclusion of women and harnessing their talents and capabilities to foster national growth.

The government, he said, had begun the process of amending the Disability Act (Act 715), to comply with the United Nations Convention on the Rights of Persons with Disability and expressed optimism that this would be passed by Parliament before the end of the year.