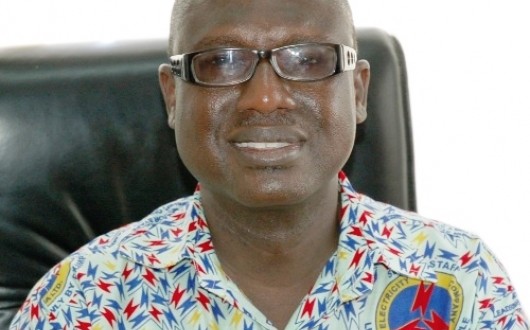 The new “owners” of the Electricity Company of Ghana (ECG), Power Distribution Service, has nominated Reverend William Hutton-Mensah as Chief Executive Officer for the firm.

He is expected to take over from the current Managing Director of Engineer Samuel Boakye Appiah when the new owners formally take over the company from Febuary1.

This is subject to the necessary approvals. Reverend William Hutton Mensah would be the Chief Executive of the   “Power Distribution Company” which would be managing ECG as new majority owners.

Reverend Hutton-Mensah has over 20 years of track record in senior management positions at the Energy Ministry, Electricity Company of Ghana.
He has over 30 years of experience in Electrical Engineering in the Energy sector in Ghana.  William Hutton-Mensah was appointed Ag. Managing Director of the Electricity Company of Ghana on February 03, 2012 following the inauguration of the Board of Directors of the company.
Prior to his appointment, Mr Hutton-Mensah was a Director in charge of Network Projects of the company. He is an accomplished manager with over twelve (12) years excellent track record.
He has had about twenty-seven (27) years profound experience in Electrical Engineering in the Energy Sector.

Mr Hutton-Mensah has held various portfolios in the Electricity Company of Ghana including, Regional General Manager in Volta, Accra East and Ashanti regions.
He was also the regional engineer, projects engineer and maintenance engineer in Tema and Western regions.
Mr Hutton-Mensah holds an Executive Master’s Degree in Business Administration from Ghana Institute of Management and Public Administration (GIMPA) and Bachelor of Science Degree in Electrical Engineering from Kwame Nkrumah University of Science and Technology (KNUST).

President John Dramani Mahama in 2014 reassigned Rev. Ing. William Hutton-Mensah to the energy ministry as from the post as Managing Director of ECG.

A statement then signed by the Chief of Staff, Prosper Bani named  Robert Dwamena to act in his capacity.

It was speculated that the move was influenced by intense load shedding exercise across the country which left households, companies go off several days without electricity.

Power Distribution Service which would be managing the company, have promised some massive turnaround of the company when they take over.

They are expected to invest over GHc500 million in the company. The Millennium Development Authority has indicated there are clauses in the concession that would result in “agreement” being a review every five years, that if, they are not able to meet Key Performance Indicators under the concession.