Homepage » Company News » When does Accra wake up, work and sleep?

A popular phrase every resident of Paris is quite familiar with is “METRO, BOULOT, DODO”; simply translated “TRANSPORT, WORK AND SLEEP”.

Of course the Metro really refers to the train system which is so efficient and fast that workers and residents as they go through the trinity of daily life, at least travel in comfort and speed.
I lived in the outskirts of Paris many years ago, about 20 miles from central Paris, but was able to honour appointments in the city on time and get back home without going through the troubles motorists experience In Accra or Lagos.

And when I joined the bus or got driven around by a good pal, Uncle Aidoo, I never experienced the discomfort and tortoise-like pace of driving in Accra.

I have done some observation of vehicular movement in Accra and keep asking myself-WHEN DOES ACCRA WAKE UP, WORK AND SLEEP?

It is a question many commuters in Accra and even in other regional capitals like Kumasi and Takoradi are asking themselves these days.

Accra has expanded and exploded beyond imagination in recent times with the same infrastructure that served the city 20 years ago still in place with some modifications here and there.

Many Accra residents who live outside what can be called the inner perimeter, in places like Adenta, Dome and Tantra Hills, Spintex Road, Awoshie and Sowutuom, Gbawe and the new sub-urbans begin their day at 4.00 am and hit the road by an hour later. (Things are relatively better for residents in Accra West with the completion of the George Walker Bush Highway)

But in spite of this early wake up, it takes them almost an hour to reach their work places in central Accra. Those who decide to leave after 7.00 am spend almost two hours or more as they fall into traffic.
In fact it only those who live in the environs of Kanda, Nima, Ringway Estates, Cantonments and Labone , who are spared the pain of travelling in Accra.

Come three o’clock in the afternoon, and people are rushing back home to avoid traffic. Make your journey back after 5.00 pm and you are in trouble, you are in for a possible three hour travel time.
And if you think traffic is only at rush hours, just try driving around our cities during business hours and you will see traffic jams and go-slows.

I have not talked about school pupils who like their parents must wake up early and go through the same trauma of travelling in Accra. It is probably worse for them. They arrive at school tired, sleep through classes and on their return home where they must struggle through homework before sleeping and go through the same cycle the next morning.
There is no way productivity at work and at school cannot suffer in such a situation when people literally sit in cars when they should ber sitting in offices or doing something at factories and other work places.
Many potential shoppers at new supermarkets such as the Accra Mall give up the spirit as travelling to the Mall becomes a nightmare particularly at the Tetteh Quarshie Roundabout. Entering the Mall is as difficult as exiting.

And resulting from all this mayhem is an emerging drinking culture among workers who world rather stop at a drinking spot along the route, hoping the traffic will reduce.

It may be good business for the drinking bars but bad business for family as fathers arrive home to find their kids asleep and hardly spend quality time with them.

There must be a way out. City planners and the Ministry of Transport, Roads and Highways and authorities responsible for urban roads must consider seriously the economic implications of the current situation.
A start is for all contractors working on roads in the city to up their game. Of course where money is a problem, government must see to that issue.

I love roads so much and urge that the whole issue of urban roads, particularly the arteries must be considered.

All alternative methods, for instance the use of pavement blocks which is popular in neighbouring countries must be considered.

All I am saying is that let my people move. Build them roads. Consider rail; consider trams, anything that will kill the traffic. 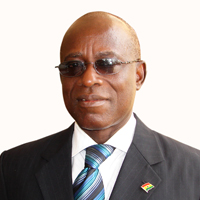