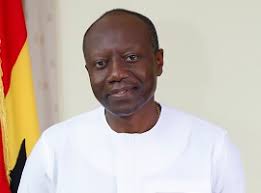 Ghanaian Finance Minister Ken Ofori-Atta will this week present the nation’s budget for 2020, the first full year in four without the International Monetary Fund looking over the government’s shoulder.

With an election due in 12 months, the spending plans will be a test for the fiscal discipline the government has pledged to maintain after it exited a four-year extended credit-facility program with the lender in April.

These are the main themes to watch on Wednesday:

While Ghana passed legislation last year that caps the budget deficit at 5% of gross domestic product, the country has a track record of missing fiscal targets in election years. What makes it more challenging is the difficulty the government faces in raising all the income it needs. Tax revenues missed targets every year since 2016 and also for the first half of 2019.

“If the government feels that it must impress at all cost and do something drastic, especially in the implementation of its flagship programs, then I fear Ghana might go back to fiscal slippages again, then the deficit will exceed that limit of 5%,” Patrick Asuming, an economist and a senior lecturer at the University of Ghana Business School, said by phone.

Bailouts to lenders during a cleanup of the banking sector and liabilities for excess power and gas that Ghana doesn’t consume have pushed up government debt as Ofori-Atta tried to avoid breaching the deficit ceiling.

The minister would have to balance steps aimed at stabilizing debt with the need to finance capital expenditure. He may cut tax exemptions to boost revenue while also giving guidance on possible Eurobond issuance, according to Peter Quartey, director of Accra-based Institute of Statistical, Social and Economic Research.

“The stakes are very high next year and being in the seat of government I’d expect them to do whatever they can to deliver certain key infrastructure,” he said. “I don’t expect them to sacrifice capital expenditure.”

Investors will look out for an update on plans by Ghana, Africa’s largest gold producer, to raise $750 million through a share sale of a fund that will hold the government’s mining stakes and receive royalties. While Ofori-Atta initially set a year-end target for the IPO, it’s more likely that the dual listing of the company in London and the local bourse will only proceed in 2020 as there won’t be sufficient time to do so this year, people familiar with the matter said earlier this month.

Ofori-Atta will probably provide an update about the renegotiation of power and gas contracts, which are a major source of debt pressure. The talks with private energy producers started this month and the minister is seeking to change a clause that compels the state to pay power suppliers regardless of whether it consumed the energy.

The power contracts currently cost Ghana $450 million per year. A lobby for independent power producers estimates that the termination of their contracts will cost about$2 billion, complicating the negotiations.

The parties are likely to only reach an agreement by the first quarter, Quartey said. “The renegotiation is very significant to the investor community because of what it means for government liabilities.”

Ghana’s economic growth will probably slow from next year

Ghana’s economy expanded more than 6% annually since 2017 on the back of additional oil exports. Growth will probably slow next year because there aren’t any expectations of new crude or gas fields. The cleanup of the finance industry that saw the number of banks reduced by a third to 23 could also have a negative impact on growth in the short term

“I expect next year’s growth target to be a little lower unless they do more to boost growth,” Asuming said.