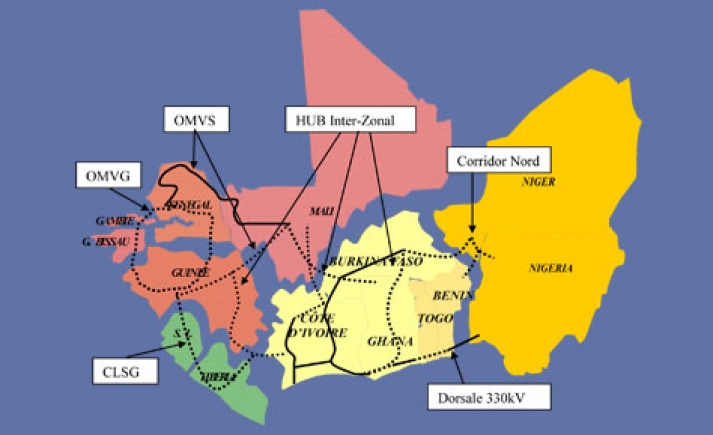 All countries in the Economic Community of West African States (ECOWAS) sub-region are expected to move to a single currency regime by 2020, after failed attempts to introduce the ECO for the non- Francophone countries in the region.

The new single currency, which is expected to facilitate trade among countries, would be introduced after all the 15 countries in the sub-region meet an outlined convergence criteria and would also see the establishment of the ECOWAS Central Bank.

As a result, the West Africa Monetary Institute (WAMI) has abandoned the introduction of the ECO and would now be joining the entire ECOWAS to introduce the new currency for the sub-region

Although the name of the new currency is not yet known, a Chief Economist at WAMI, Dr Christian Ahortor, explained that the single currency roadmap was part of a one-track approach adopted to integrate the economies of countries that fall under ECOWAS.

Speaking at a two- day workshop on financial reporting for business journalists in Kumasi, Dr Ahortor said, “since the fast track which is the two-track approach has become slow, we have now adopted the one track and this means that ECOWAS is now going to have a single currency. It will no longer be ECO or CFA, we are all moving to a single currency by the year 2020.”

The workshop was organised by the Journalists for Business Advocacy (JBA) with support from Ecobank Ghana and the Bank of Ghana (BoG).

He said although the project was on course, the name of the new currency had not yet been decided on explaining that “the single currency project at the ECOWAS level is still on course, only that we don’t know the name they will give that currency.”

The dream of having a common currency, “ECO” for the English speaking countries under ECOWAS by the West African Monetary Zone (WAMZ) began in 2000 but has failed to materialise due to the inability of the members to meet the convergence criteria.

The WAMZ member countries including Gambia, Ghana, Guinea, Nigeria, and Sierra Leone were expected to have a single currency like their Francophone counterparts using the CFA, following the Accra Declaration and the Bamako Accord in 2000. Liberia joined WAMZ in 2010.

After series of postponement, the ECO dream was finally suspended due to challenges relating to the slow progress towards convergence by member countries, weak integration of convergence criteria and other WAMZ benchmarks in national development frameworks and plans, inadequate and dilapidated infrastructure as well as weak productive capacities.

“The WAMZ project to introduce Eco is no more. The presidential taskforce gave their blessing to that decision at the 45th ordinary session of ECOWAS held on July 10, 2014 in Accra, Ghana. ECO has been abolished, now we don’t have any project like that,” Dr Ahortor said.

Under the new single currency road map, the ECOWAS countries are expected to meet four primary criteria, including a single-digit inflation, a fiscal deficit (excluding grants) of not more-than 4.0 per cent of GDP and 3.0 per cent including grants, central bank financing of fiscal deficit of not more-than 10 per cent of previous year’s tax revenue; and a gross external reserves of not less-than 3.0 months of import cover.

These criteria do not differ much from what had been prescribed for the introduction of ECO, and therefore as to whether all the countries would meet the criteria before the 2020 deadline was in the balance.

Dr Ahortor, therefore, explained that political will was needed on the part of the various countries to be able to work to meet the criteria.

“Because the political will is not there that is why we don’t see them meeting this criteria, if I say those who want to be part of the monetary union, make sure your inflation is less than 10 per cent, and when you are planning your target is beyond the single digit inflation, how then can you meet it?” he quizzed.

He also reiterated the commitment of WAMI to the single currency project adding that “WAMI, in the meantime, would continue to strengthen partnership with ECOWAS, strategic development institutions and agencies with the view to delivering on the ECOWAS Single Currency Roadmap by the year 2020.”

The Journalists for Business Advocacy (JBA) is a group of financial journalists and has a nationwide membership. It started in 2008 with members advocating concerns of businesses in the country, especially Small and Medium Enterprises (SMEs).

The General Secretary of JBA, Mr Suleiman Mustapha, said the essence of the workshop was to build the capacity of members in business reporting to inform their reportage more effectively.

“As business and financial journalists, we need to update our skills in business reporting and try to place what we report in context and add a bit of analysis instead of the conventional style of reporting exactly what the person said,” he said