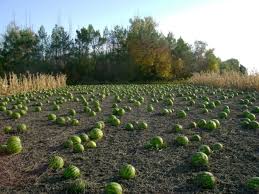 The Watermelon Processing Factory to be constructed in Walewale in the North East Region is expected to give direct employment to about 400 people.

The Vice President Dr. Mahamud Bawumia this week, cut the sod for the construction of the factory under the government’s flagship industrialization programme, One district, One factory.

The factory, which is being financed with a credit facility from the Ghana Exim Bank, is an initiative of Champion Foods and Beverages Limited located off the Spintex Road in Accra.

Apart from the direct employment of about 400 people, the factory will provide a ready market to an estimated 600 peasant farmers in the North East Region.

Farmers in the region face a perennial glut in watermelon leavingg most of them in debt.

The factory will process 24,000 tonnes of watermelon concentrate in two planting seasons with each lasting three months.

The concentrates will then be sent to Accra where a juice factory will process into finish products and the rest of the concentrates sold off to other factories.

In between the two planting seasons, the factory would engage in the bottling of water in pet bottles as a way of keeping workers engaged all-year round.

Speaking at the sod-cutting event on Monday, 16th December 2019, Vice President Dr. Bawumia indicated that construction of the GH¢35 million factory, which is being funded by the Exim Bank, is in fulfillment of President Akufo-Addo’s efforts to reduce the phenomenon of rural-urban migration, and revitalize the nation’s industrial base.

“The President pledged before Ghanaians his commitment to pursuing an aggressive industrialization and value addition to agricultural products through the flagship 1D1F programme. Under the 1D1F, about 181 factories are at various stages of completion with some 58 of them already completed. The progress made by government in line with this commitment is very significant for a 3-year old government,” he noted.

Vice President Bawumia urged farmers to take advantage of the setting up of the factory to scale up the farming of watermelon with the required standards, adding, “This is a dream come true. The fear of post-harvest losses will be eliminated by this factory,” he added.