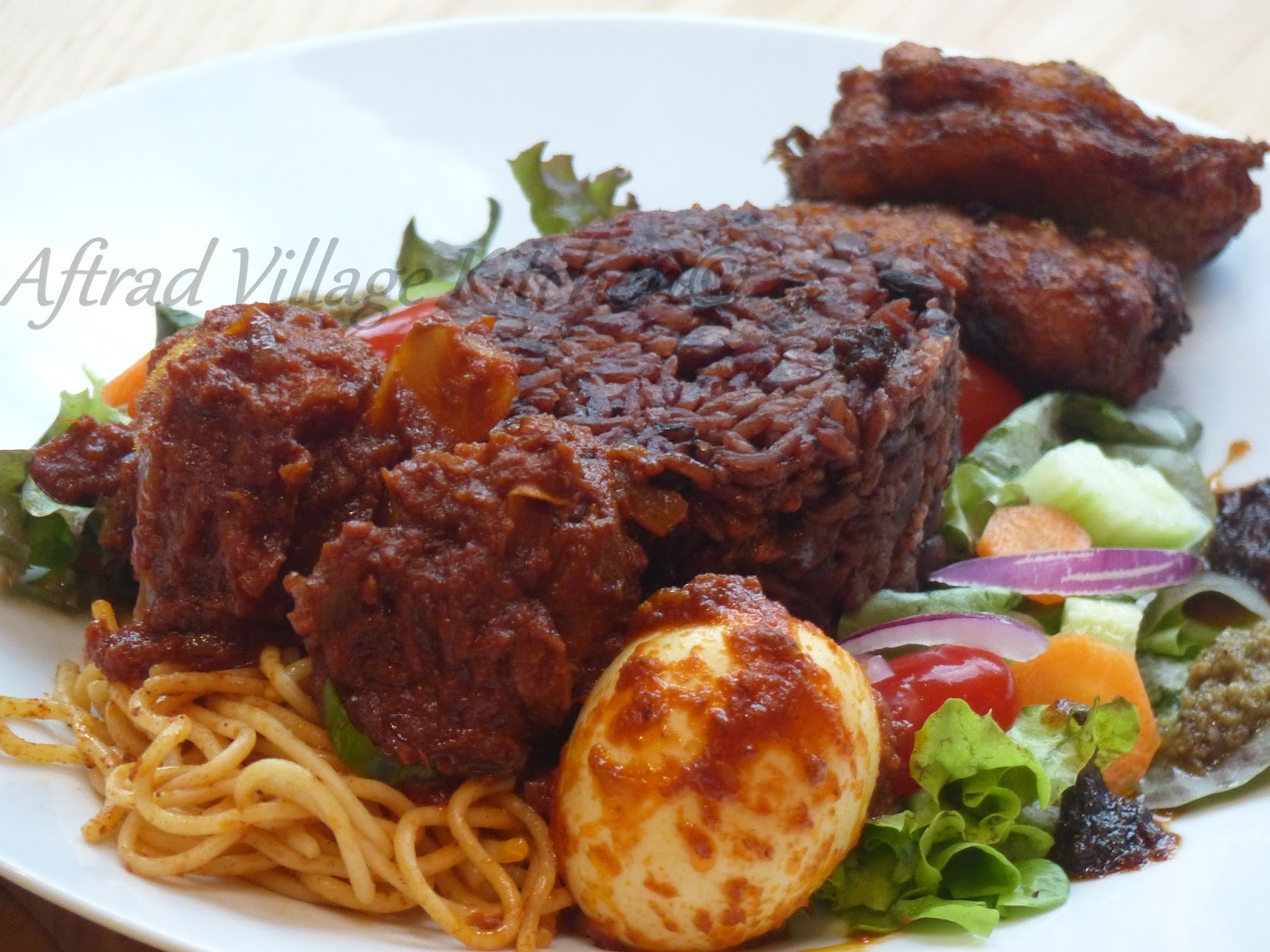 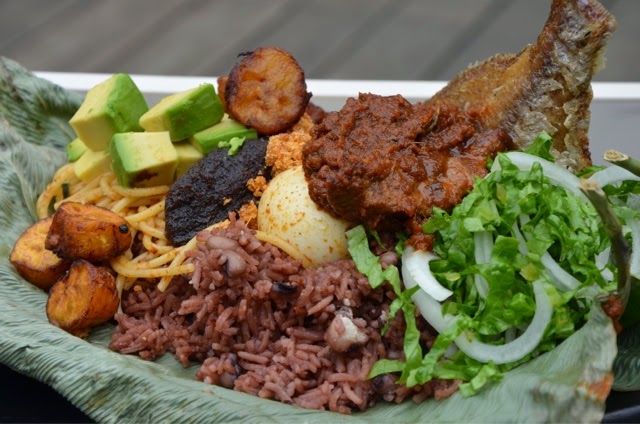 The average corporate Ghanaian worker makes a pit stop at a food vendor’s place at least 3 times a week on his or her way to work. Chances are they are stopping to buy themselves a helping of Waakye.

Waakye pronounced (waa- chay) is a Hausa word meaning beans. It’s actually a short form of the full name Shinkafa da Waakye which means rice and beans. It is possible that the meal itself comes from tribes north of the Volta as variations of it can be found all over the world.

Over the past 40 years or so, it has become widely accepted in Ghanaian metropolises as the breakfast and lunch of choice for people who are not looking to spend too much on a filling meal. There is, however, what one might call premium vendors of the delicacy who price their meals at restaurant prices based on location, taste, brand or the quality of ingredients.

These premium vendors usually have long waiting lines and are usually sold out within a couple of hours of setting up. In recent times, Waakye has risen to become the ‘poor man’s food’ or a symbol of prestige depending on where one buys it from.

Daily life of a Waakye Chef

The average Waakye seller would be a woman of Northern descent and fondly called Hajia or Amelea by her customer’s even if that is not her name. She would have a stall in a neighbourhood corner or by the roadside that will most likely remain unchanged over decades. This, most of them say, is so to not alienate her usual customers who can only afford a little at a time; upgrading her place means more cost which she’ll have to pass on to her customers.

An interview with one such ‘Hajia’ revealed the following about an average Waakye seller’s daily life.

Our Hajia wakes up at 2 a.m. every day except Sunday (although some Waakye joints serve 7 days a week) to cook fresh rice and fry fish for the day. Traditionally, local brown rice and red beans are used to make Waakye. But it’s not uncommon these days to find Waakye sellers using polished rice, black eyed beans and local food dye leaves colouring to give their Waakye the characteristic reddish brown tint.

Mondays are her peak days and taking this into consideration, she gauges her daily quantities. She is usually sold out by 10 am after which she cleans up or leaves her girls to do it, heads to the market to buy ingredients and heads home to make her Shitor and stew for the next day. She gets an average of 40 buyers a day and each person buys between GHC5 to GHC10 worth of food.

In about 8 years of business her daily quantities haven’t changed much and her stall hasn’t significantly changed over the period. The only change she is dealing with is the rise in prices of her ingredients.

She says her Waakye stand is her only source of income because it takes up most of her time but she makes enough to buy ingredients and save a little at the end of the month.

A regular at her stand admits that he buys her Waakye because she is nice to him and doesn’t skimp on Shitor and stew and her food tastes very good. Another of her customers reveals that she chose our Waakye seller because she is on her route to work and it’s just pure luck that her food tastes good as well.

We asked the question, “Why Waakye at all and not some other food?”

One of the customers replied, “Because it’s filling it can carry me through till supper.”

Waakye, like most things in this world, evolves. It used to be that it was sold with only oil soaked gari, thalia or spaghetti an egg and fish or fried meat as accompaniments. In recent times, however, one can add sides of fried plantain or a leafy salad or avocadoes or all of it, if one is feeling ravenous. All these extras should set one back usually no more than an extra GHc5. 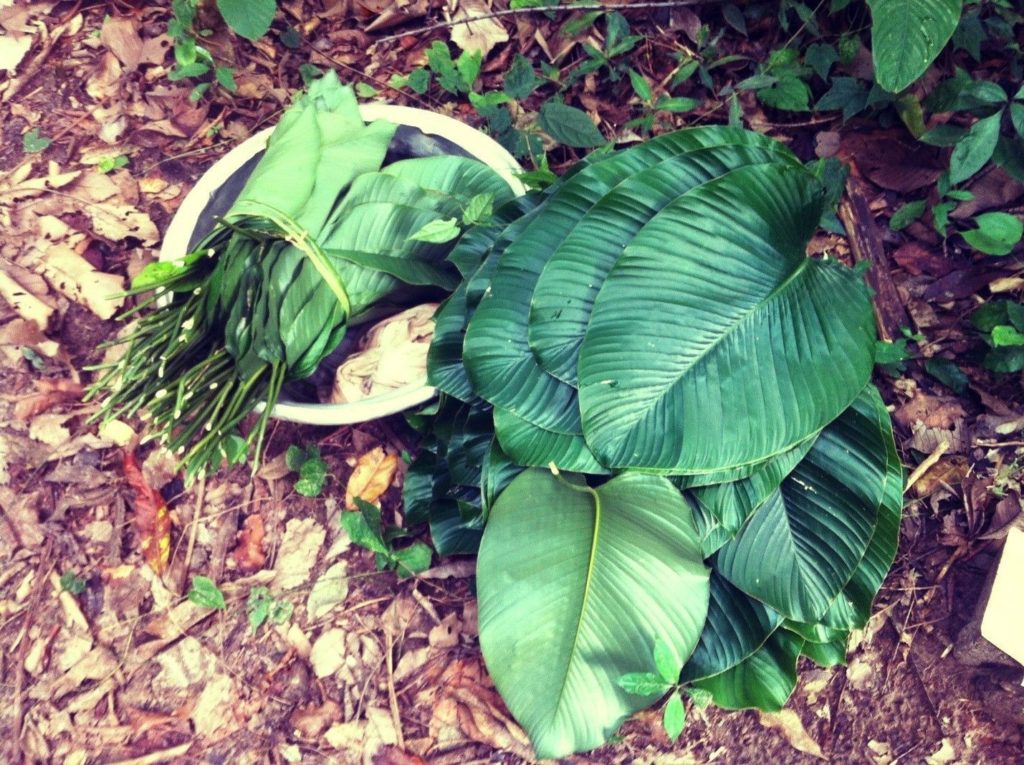 The Good and The Bad

Originally, Waakye was served in broad leaves from a tropical flowering plant of the species Thaumatococcus danielli, native to the rain forests of Ghana and surrounding African nations.

In the 1990s, the introduction of the polythene bag for food packaging in Ghana almost entirely wiped out the use of these leaves. Tw0 decades on, they have made a roaring comeback as news has spread of the health dangers in putting hot food in polythene.

Science has proven that these leaves do not only add flavour to food but also have some requisite health benefits.

The stretch of road and its surrounding areas from the top of the Oxford Street in Osu to the Tetteh Quarshie Roundabout hosts no less than 15 Waakye vendors. This excludes the pop-up Waakye sellers who spring up temporarily at building and construction sites to serve the builders.

The pop-up Waakye sellers have cheaper food to cater to the pockets of the drifting workers. This is so probably because they don’t usually offer the extra options of salads and avocadoes.

There are several other types of street food vendors who sell other Ghanaian staples like Kenkey, Fried plantain and beans fondly called Red Red and Hausa Kooko with Koose and perhaps we will find out what goes into selling those too.

Evidently, all street sellers are an important part of our economy. So the next time you buy Waakye or any other street food, have in mind also that you are contributing significantly to the livelihood of a family and to the overall health of the Ghanaian economy.