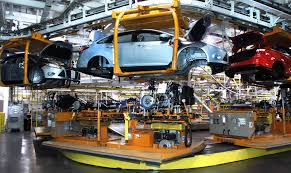 President Nana Addo Dankwa Akufo-Addo has said the three vehicle assembly plants for which Memoranda of Understanding have been signed between his government and three different global car giants, will become operational in 2019.

Speaking at the 7th Association of Ghana Industries Industry Awards on Saturday, 9th December, 2017, the President stated that: “We anticipate, also, that the assembly plants to be established by the three global car manufacturing giants, Volkswagen, Nissan and Sinotruk, will become operational in 2019.”

Ahead of that, Mr Akufo-Addo stressed that: “A comprehensive automotive industry policy will be launched to provide clear and consistent guidelines for the sector.”

While fully subscribing to the vision and mission that animated the founding of the AGI, the President indicated that the structural transformation of the economy, and the rapid development of the industrial sector, especially its manufacturing component, are critical to the pace and success of the country’s attempts to deliver progress and prosperity to all parts of our country.

“When the exports of cocoa, gold, timber, oil, and other natural resources, in their raw form, account for over 80% of our export revenue, then we know we have a problem we must urgently address, because raw material producing and exporting economies find it difficult to deliver on a sustainable basis wealth and jobs for their people, and enhance their living standards,” he said.

He continued: “We all know that the world’s leading economies were developed through industrialisation and value-added activities, and the greatest aspiration any of us could hope for is the realisation of the investment in the collective vision of Ghana becoming an export-oriented economy, driven by industrial production.”

That is why the government, he said, since assuming office some twenty-three months ago, has shown its determination to hasten and accelerate the process of industrialisation.

“We have begun implementing initiatives such as the ‘1District-1Factory’ programme, ‘One Region-One Industrial Park’ policy, the Stimulus Package for distressed companies, the facilitation of investments into new strategic anchor industries such as automotive and vehicle assembly, pharmaceuticals, garments, textiles, and the exploitation of our bauxite, iron ore and manganese resources,” President Akufo-Addo said.

He also stated that electricity tariffs have been reduced by 30% for businesses, 10% for mining companies, and 25% for special load tariff customers, with water tariff also seeing a 10% reduction.

“All these things are being done to stimulate the revival and growth of economic and industrial activities, and I was happy to see growth in the sector rebound from negative 0.5% in 2016 to 17.7% in 2017, our first year in office. It is projected to be 9.7% next year,” he added.

Mr Akufo-Addo also revealed that, thus far, seventy-nine (79) projects have been implemented under 1D1F, with another 35 going through credit appraisal by officials of the Ministry of Trade and Industry and the financial institutions that are supporting the programme.

“Under the Stimulus Package, two hundred and thirty-seven million dollars ($237 million) have been disbursed to 16 companies, with an additional thirty-five (35) being considered for support,” he added.