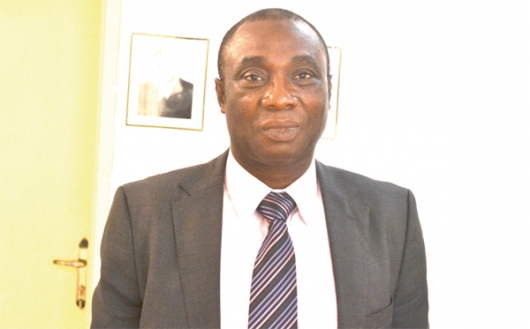 Government has received a cheque for US$4.5million from Gold Fields Ghana Limited as a dividend payment on its 2014 accounts.

This brings to US$25.3million total dividend the company has paid to government over the past five years.

The Minister of Power, Dr. Kwabena Donkor, says the Volta River Authority (VRA) is not for sale and denies that steps are being taken to prepare it for sale.

“As much as we believe in private-public partnership, the public sector will not back out of direct involvement in the power generation,” he assured.

Speaking at the inauguration of an eight-member advisory committee in Accra today, Dr. Donkor said “the VRA has what it takes to improve its service; we just have to focus and bring our act up to the demand of the 21st century.”

The committee, which would advise the minister on how the splitting of the VRA should be done, would also consider various proposals for the restructuring of the state company.

The restructuring is expected to lead to the creation of two power-generating entities that will be responsible for thermal and hydro power generation in the country.

The committee has Mr Armaquey Armah, an energy consultant for the Ministry of Power and the World Bank, as its chairman and Dr. Wereko Brobbey as its advisor.

Dr. Donkor said there was no better time to restructure power entities than now because of the crisis that had hit the sector.

He said the load shedding regimen had gone far longer that what the government had anticipated, saying that “we regret that it has taken that long but we can see the light at the end of the tunnel.

“With the growth of power demand and with our ambition to industrialise, the power sector would have to be far more effective and efficient that it has been in the past,” the minister said.

According to him, the VRA had been an acknowledged world leader in hydro generation, and applauded the commitment of past and present contributions of staff, management and board to the firm.

“However, we believe the time has come to take a second look at the activities of the VRA and this committee will advise me on how the split should be done to make the VRA more effective in delivering quality service to its customers at the least cost,” Dr. Donkor said.

He asserted that an effective VRA would also create the necessary momentum for other players in the power sector to improve their performance.

He gave the assurance that the members of the advisory committee had what it took to set a framework for the splitting of the VRA.

“They will take a look at a number of proposals on how the splitting should take place and advise the minister who will go to the cabinet to make recommendations.

“We want to see a VRA that is an engineering organisation that every Ghanaian engineer will want to work with and we must leave the VRA better than we came to me it,” he advised the committee members.

On the importance of the restructuring of the VRA, he stated that the carving out of the Ghana Grid Company (GRIDCo) had been a good example of how splitting power-generating entities could induce effective performance.

“The decision to carve GRIDCo out of the VRA has proven right and the investment it has attracted has been far greater than if the split had not taken place.

A member of the advisory committee, Dr. Ofosu Ahenekra, gave the assurance that the members would work hard to justify the confidence reposed in them.