For our beloved Ghana this year is a crucial decision time. Come 7th December and millions of Ghanaians will line up to choose the next President of the country.
By then the United States of America would have elected its 45th President on November 7 and Sierra Leone its head of state a few days later on November 17, 2012.
As I write this piece on October 31, 2012, I am not sure who will win these three elections because elections are not that predictable, even if pollsters make projections and indications as to potential and possible winners.
Of course I will be more than happy to see Obama remain in the White House for another four years and thus consolidate the chances of minorities making it to the top of American politics for the future.
The difficulty with predicting any election lies in the fact that there are often several primordial factors that are not covered by the strictest of scientific tests.
In our part of the world, ethnicity weighs heavily in the choices people make. And in other places religion and race are major variables, which explains, why Barack Hussein Obama as a Black American with Kenyan roots and a Muslim name, has from day one had to deal with issues of race and religion.
Ghana is no different from other countries but as we go into elections 2012 the hope of future generations is that those who vote today will put more weight on those issues that will make this country greater and better than what it is today.
Evidently the most dominant issues of considerable concern to majority Ghanaians are education, health, energy and good governance.
If elections were logical and rational only those candidates with the best programmes and vision would win but alas most people are not going to cast their votes on such consideration.
In the past many have voted for slogans and never for the bread and butter portion of elections, their economic welfare.
Without telling you for good reasons where I stand as a political being with a passion for freedom and justice on many of the raging issues in the 2012 elections, because of the independent, impartial and non-partisan role I must play as a member and Chairman of the National Media Commission, let me narrate this interesting conversation I had with a labourer without taking sides.
This guy, I encountered one day, has six children and stands to benefit from free education for his kids at any level, be it primary, secondary or tertiary.
But somehow I gathered talking to him that he had great difficulty voting for a particular party that promised this facility because of his primordial links to another party that offered no such opportunity for his family.
Later I met yet another worker who had no such qualms about voting for free education.
“I know for sure that I will not gain directly from whichever party wins the elections. I do not have the kind of CV which will make anybody consider for any post. But if my three children can benefit from free education, then I will go for that with the hope that they will one day be qualified for top posts”, he told me.
Between these two views we have an inkling of self-interest and blind commitment in the electoral process.
In many instances, and all things being equal, people in business who pay attention to economic policies and their impact on their operations would vote for their business interest and not for primordial factors like ethnicity and religion.
But verily, verily I tell you, even such guys who should know better fall for either the ethnic pull or other non-explicable banal reasons.
There is no ideal plateau in this political world but we must all work for that day when issues will determine the outcome of elections.
It is when that day comes that politicians will not take the electorate for granted. I go to certain neighbourhoods and parts of Ghana and wonder how in spite of the fact that their votes do not result in any positive changes in their lives they continue to vote the way they have voted for ages.
The 2012 elections will see 45 new constituencies being contested for and my beef is that such has been the time for candidates to present their agenda to the people that the electorate will be voting for party colours and not for legitimate representatives in Parliament.
And so I pray that that day should come when we would vote for competence and not for brands.
Another prayer is that, whatever the stakes are for the few thousands who are looking for political power and will benefit directly from that power through appointments and related connections, their self-interest in this matter should not create disorder and conflict for the majority of Ghanians.
This beloved country of ours needs peace and stability and not the reverse.
Prayers aside, let all institutions charged with ensuring free, fair and peaceful elections do their work so well that they will be counted among the family of peacemakers who shall inherit and enjoy the new Ghana.
The Electoral Commission, the Security Agencies, the Media and all of us must do what is best for Ghana must do just that.
As the National Commission for Civic Education puts it-WE MUST STAND UP FOR GHANA.
God Bless Ghana. 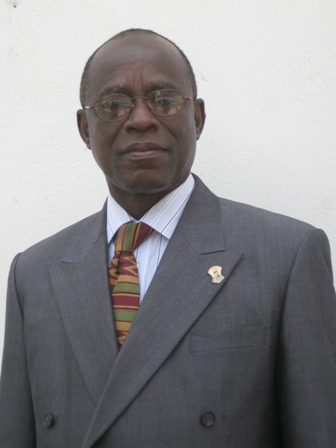