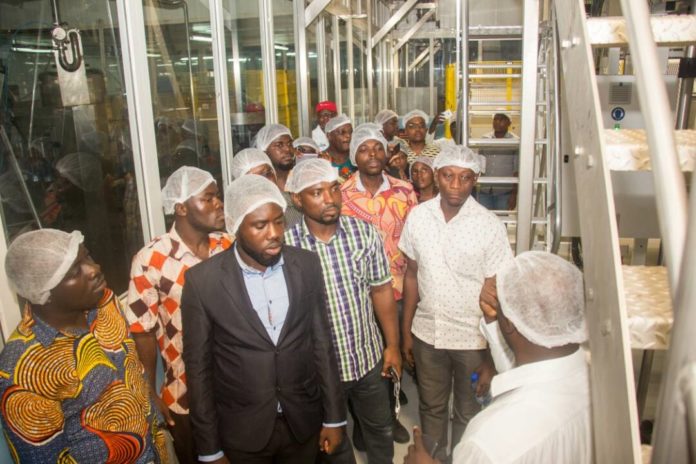 Voltic Ghana Limited, the leading water production company in the country has expanded its brand portfolio by adding fruit juice and hard liquor to its line of products.
The importation and distribution of the new products is in line with Voltic Ghana’s goal of becoming a total beverage company which offers customers products beyond water and soft sparkling drinks .

The new products include Hollandia Fruit juices and Evaporated Milk, and Happy Hour fruit juices which come in five variants.
Hard liquor made up of Campari range of products including, whiskey, aperitif and VODKA are also imported and marketed nationwide.
Over US$26 million has so far been pumped into the business since 2013, of the amount US$11 million was expended in 2017 and US$2.2 invested as at the end of the first quarter of 2018.

A US$6.5 million ultra-modern plant which is able to produce 24,000 bottles of water per hour was recently commissioned to boost production.
The company hopes to begin local production of fruit juice next year.

Speaking at an interactive session with the media on a tour of the company’s Akwadum plant, Mr. Raymond Mensah Gbetivi, Head of Sales and Marketing at Voltic, explained that since becoming part of Coca-Cola Beverages Africa (CCBA) in July 2016, the Company’s mission is to be the best Coca-Cola Bottler in Ghana.

“We want to be the most valuable food and Beverage Company as we commit to refreshing Ghanaians every day and making the continent a better place for all. Now, all you need to do is to call us and give us your budget and we will be there to make your event worthwhile,” he said

Currently, Voltic Ghana has 55 franchises across country for its Coolpac refined sachet water, for which the company currently employs more than 2,700 permanent workers directly and over 1,300 others indirectly through the value chain.

The franchise, Coolpac brand, supplies safe, quality drinking water at affordable price.
It produces an average of 200,000 bags of sachet water daily to serve the needs of the market.
In order to contribute to the growth of the local economy, the company has paid in excess of GHS100 million in taxes between 2016 and the first quarter of 2018.