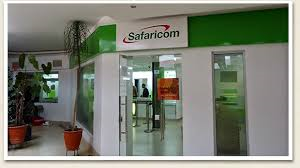 Safaricom Plc and parent Vodacom Group Ltd. plan a joint bid for an Ethiopian telecommunications license that they expect to cost as much as $1 billion.

The Horn of Africa state is expected to invite bids for two new licenses this month to compete with its monopoly Ethiopian Telecommunications Corp., which is also slated for part privatization in early 2020.

The bid for the Ethiopian spectrum could be “quite high,” acting Safaricom Chief Executive Officer Michael Joseph said Friday in an interview after his company’s first-half earnings presentation.

“Then you have to spend another $1 billion dollars on the network. There’s not many corporations that can do this on their own,” he said.

Safaricom and Vodacom intend to vie for one of the two permits in a consortium with two financial institutions, Joseph said. While Safaricom does not rule out participating in the privatization of Ethio Telecom, it’s more keen on a greenfield operation, he told investors earlier.

“Ethiopia could be looking at an opportunity to monetize its spectrum so there could be a lot of premium pricing to get into the market, that’s something to consider versus the cost of investing in the network,” said Tracy Kivunyu, a senior telecommunications analyst at Tellimer Inc.

International carriers including Orange SA and MTN Group Ltd. are among companies interested in expanding in the nation with a relatively low level of data penetration and internet access, as well as the second-highest population in Africa — though one that’s been prone to government-imposed internet blackouts.

Ethiopia has more than 108 million people and about 50 million phone subscribers. Ethio Telecom’s sales came in at $340.2 million in the July-September quarter, 21% more than a year earlier.

The country is “the biggest prize left in Africa from a telecoms point of view,” Joseph said. The main challenges there would be foreign-exchange controls, a budding democracy and yet-to-be published industry regulations, he said.

It will likely team up with a local financial institution because the telecommunications licenses do not allow for the mobile-money services, according to Lisa Kimathi, a senior research analyst at Standard Investment Bank Ltd. About 60% of Ethiopia’s adult population is unbanked, she said

“I worry about the government controls in a country that is still undergoing reforms, so it might take time to realize returns,” Kimathi said.