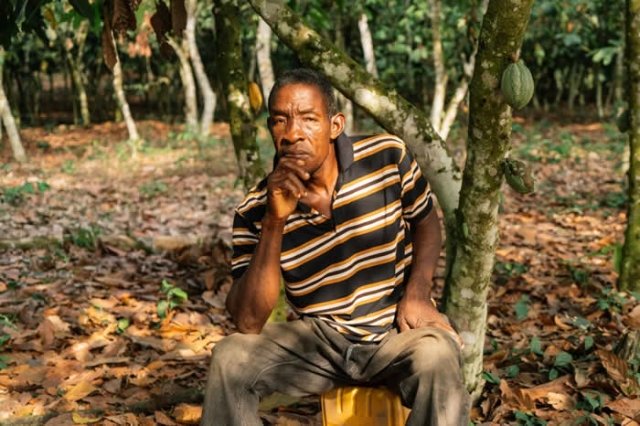 The steepest dive in cocoa demand in a decade has thrown into jeopardy a plan by top producers Ivory Coast and Ghana to guarantee some 2-million farmers a living wage, sources within the countries’ regulators said.

Leading chocolate-makers agreed to a proposal from the African nations last year to charge the industry a premium for cocoa beans and guarantee a minimum income to farmers who earn just $1 a day.

But the scheme, set to come into effect in October, was based on expectations that international cocoa prices would stay within average ranges. Instead, the impact of the Covid-19 pandemic on demand has driven them to their lowest in nearly two years and they are expected to stay weak for at least a year.

“It is not certain we will be able to guarantee farmers the amount originally expected,” a source at Ivory Coast’s cocoa regulator the Coffee and Cocoa Council (CCC), which sets the official farmer price each season, said.

The source, who declined to be named because he is not authorised to speak to the press, said the country’s cocoa sales for next season are some 30% below average levels for the time of year. The CCC did not respond to requests for comment.

A spokesperson for the Ghana Cocoa Board (Cocobod) said in a statement sent via WhatsApp the process of determining the price cocoa farmers will get is ongoing. He added, however, farmers would still get a better price than without any premium.

Market weakness could appear a good thing for chocolate consumers offered discounts on the high street, but for farmers it could mean hunger. Already the closure of retail outlets during lockdowns to try to contain the coronavirus stifled impulse buying of chocolate, significantly denting demand.

A series of meetings between representatives of the cocoa industry, Ivory Coast and Ghana last year agreed a premium of $400 a tonne for all sales for the upcoming 2020/2021 season, including any production sold ahead of the season’s start in October.

Because the market has suffered a sustained fall with prices now below $2,000 a tonne, even with the premium added, the earnings of Ivory Coast and Ghanaian farmers will fall below the guaranteed minimum wage.

Four sources at Ivory Coast and Ghana’s cocoa regulators, all asking not to be named, predicted the income guarantee would be missed by about $120 a tonne. That would mean farmers get some increase in revenue, but far short of expectations.

Calculations made by Ivory Coast and Ghana when the new pricing plan was agreed a year ago showed a $400 premium would allow them to guarantee farmers 70% of a minimum $2,600 a tonne target price from 2020/2021 onwards, or about 20% more than they receive now.

Farmers in Ivory Coast and Ghana said they had yet to be told they would receive any less and are counting on an increase for the upcoming season.

“Life is hard for us cocoa farmers and if the price is not good, we cannot live well. Everything is expensive and you don’t earn enough to live like men. Here in the village we survive,” Alidou Konate, a farmer with 7ha in Duekoue, in western Ivory Coast said.

Francis Yeboah, who has 1ha in the Ashanti region of Ghana said all farmers have “put a lot of hope in this new pricing system” and it is up to industry and the government to make up the difference in the event of any shortfall.

“Even if the coronavirus has an impact on the market and it lowers the price, it is up to the government to find a way to maintain a high price for the poor cocoa farmers that we are,” he said. “It’s not up to us to make a sacrifice but to the chocolate-makers and the government.”

An internal report from Barry Callebaut, seen by Reuters, shows the world’s biggest chocolate-maker expects a global surplus of 317,000 tonnes in 2020/2021, the biggest since 2016/2017, when excess supplies kept world prices below $2,000 a tonne for more than a year.

The company’s sales dropped 14.3% in the April to June quarter. It expects a gradual rebound over the next three years, but it will not be enough to balance the market in 2020/2021.

It is not just farmers who will suffer. Some traders fear for their livelihoods. “I’m concentrating my efforts on saving my job. Our business is getting impacted. Small trade houses will probably go bankrupt this year,” the head of cocoa trading at a global commodities house said, also asking not to be named.