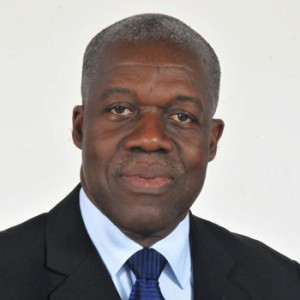 According to the Vice President, ‘in this industry sometimes they have to hit hard for your message to go across so they are making very dramatic statements.

The reality may not be as they put out.” He said of the rating agencies.

The international rating agencies have for some time  now been painting a bleak picture of Ghana’s economy.

UK based rating agency Fitch for example this week in its latest report on the country painted a gloomy picture of the economy.

According to the report rising interest costs and weaker revenue growth on the back of rising macroeconomic uncertainty will push the budget deficit to over 10% of GDP making it the third consecutive year of double digit budget deficits and above the government’s target of 8.5%.

The rating agency fears this, combined with the steep depreciation of the cedi will see debt jump again to 61% of GDP by the end of 2014, from 58.2% at end of last year.

According to Fitch debt servicing costs has also risen steeply, to an estimated 6% of GDP in 2014 from 3.3% of GDP in 2011, adding to the intractable nature of Ghana’s fiscal position.

Fitch also disclosed in the report that the Bank of Ghana’s (BOG) role in funding Ghana’s budget deficit in the first quarter illustrates the financing challenges the government faces given surging yields and a deteriorating maturity profile, Fitch Ratings says.

It warned that printing money to finance the country’s deficit will aggravate the already high inflation (14.7% in April 2014) and contribute to further cedi weakness.

But Vice President Kwesi Amissah-Arthur disagrees with their findings.

According to him data available to government do not support the dire economic situation being put out by the international rating agencies including Fitch.

‘We are also reviewing the developments of the economy we are not really happy with the way things are going but with the information we have, things are not as bad as the rating agencies are putting across’.

Vice President Kwesi Amissah-Arthur is however optimistic the country’s fortunes will improve soon.

Fitch placed Ghana’s ‘B’ IDR on Negative Outlook in March this year highlighting deteriorating external and fiscal balances and noting the increasing challenge and cost of financing the deficit.

The next scheduled rating review on Ghana will be on the 26 of September this year.