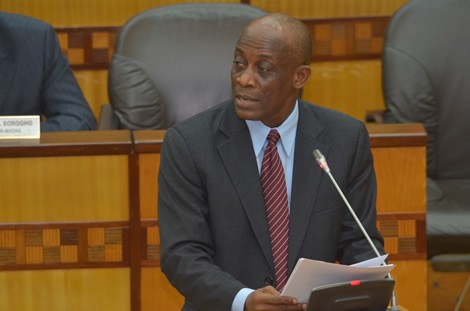 The African Export-Import Bank (Afreximbank) has announced plans to support the Bank of Ghana (BoG) with an initial injection of US$200 million into the foreign exchange market to help boost liquidity and strengthen the credit lines of banks to engage more in trade finance.

The move could also help boost the value of the currency against its trading partners after it made a failed comeback from a severe decline earlier this year.

The President-Designate of Afreximbank, Dr. Benedict Oramah, told the Finance Minister, Mr Seth Terkper, in Accra that the decision to support the BoG was part of a country assistance programme, which Afreximbank was developing to help Ghana address its economic challenges resulting from the recent global financial crisis.

Last year, Afreximbank supported BoG with US$250 million, which it used to address short-term liquidity challenges.

This year’s investment is, thus, expected to support banks in the country to engage in trade finance as well as meet the temporary foreign exchange shortfall in the system, which is causing the cedi to shed about 30 per cent of its value to the US Dollar between January and June this year alone.

Responding to Afreximbank’s proposal, Mr. Terkper said the country welcomed the proposal, explaining that it fitted perfectly into the country’s economic strategies and plans.

He also used the opportunity to inform Afreximbank of Ghana’s steps at setting up an export and import bank to finance its export sector.

The minister explained that the initiative had reached an advanced stage, and requested that Afreximbank supports and contributes to the establishment and growth of the soon-to-be launched Ghana Export-Import Bank.

Over the years, Afreximbank, which is the continent’s import and export financing institution, has been supporting public and private sector institutions with funds to help them grow.

One such institution is the Volta River Authority, which the bank’s president-designate said would be receiving additional funding of up to US$300 million to enable it to continue to pay for feed-stock imports as well as clear arrears they owed local banks.