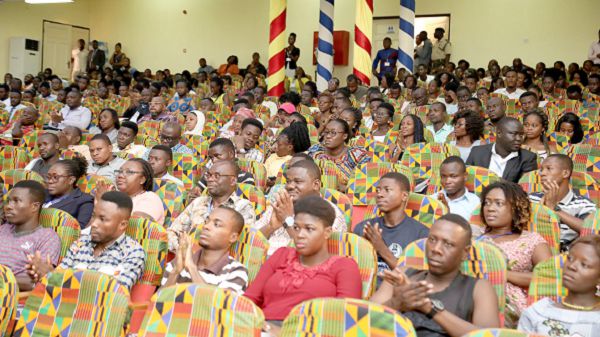 The 10th Microfinance Conference of the University of Cape Coast (UCC) opened yesterday with a call on financial and educational institutions to educate the public on financial literacy to prevent them from falling prey to Ponzi schemes and making huge financial losses.

The Central Regional Minister, Mr Kwamena Duncan, who made the call, stressed the need for the public to be well educated before they take financial decisions.

The two-day conference which had the theme: “Microfinance and the Sustainable Development Goals, was organised by the Faculty of Social Sciences of UCC and the School of Economics with support from the Bank of Ghana.

It was attended by researchers, clients and practitioners in the microfinance sector.

Mr Duncan called for programmes to help grow the micro-economic sector as it is the driver of the existence of many citizens.

In a speech read on his behalf, the Minister of Finance, Mr Ken Ofori-Atta said microfinance organisations were key in ensuring the realisation of SDG Goal One, which is ending poverty in every form.

He said since the launch of the SDGs in Ghana in 2016, most policy development functions had been focused on micro- finance institutions as aspects of their activities were directly related to development and poverty reduction.

“This is because microfinance institutions have been the source of capital support and drive for sustainable development in the Ghanaian micro economic sector”, he said.

Mr Ofori-Atta said the Ministry of Finance was committed to improving the microfinance sector by examining the vulnerabilities affecting the financial structure and determining actions required to address them to effectively promote confidence and maintain credibility in the financial sector.

The Provost of the College of Humanities and Legal Studies, UCC, Prof. Francis Eric Amanquandoh, said research showed that a quarter of the population was associated with microfinance and that made it necessary for it to be given the needed attention and support.

According to him, microfinance had been identified to have a poverty curbing effect if it was well managed and administered, adding that it made microfinance relevant in the global development agenda.

The Chairperson of the Microfinance Committee, Prof. Samuel Annim, said the recent happenings in the financial sector required a detailed interrogation of the microfinance sector, its role in reducing poverty and ensuring the attainment of the sustainable development goals.