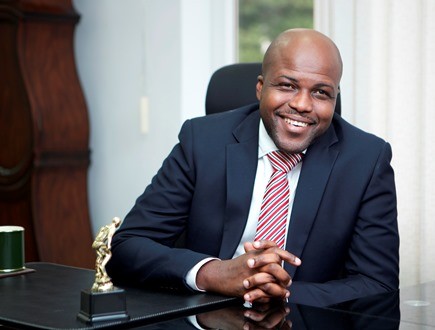 The Group CEO of Databank, Kojo Addae-Mensah, believes the best future an employee or worker can bequeath to himself is taking up a comprehensive retirement package in order to be financially independent during post-working life.

According to the CEO of Databank, there is need for an employee or the worker to have “a comfortable retirement”, and he urged workers’ unions in the country to start pushing for the future rather than focusing on salary increases.

“I think we should start talking about retirement benefits. That should be the mantra more than anything else. Every time you hear organised labour come out it is about salary increases; a fair percentage of that goes to government in the shape of Tier 1.”

Going forward, he advised union workers: “Why don’t you negotiate and get more for your voluntary benefits fund and provident fund for your future? It should be more about when I retire what happens,” he said in an interview.

“As employees, I would encourage individuals to be more aggressive about the future. The now is important, but the future is what is critical,” he said.

Ghana’s Labour Law and Pensions Act put a formal sector worker’s retirement at age 60. It is in this light that Kojo Addae-Mensah wants Ghanaians “to start preparing their minds for retirement”, which he reckons is critical toward one’s working life.

He indicated that the financial aspect is critical as far as retirement planning is concerned. “Whatever you do, you need financial backing. It is about 60 percent of whole planning process.”

A section of Ghanaians are reportedly not keen on pension plans, with some not recognising the need for them; but Addae-Mensah puts it down to the individual’s mindset.

“It’s a traditional mindset in Ghana, it’s a human thing; there is superstition around it. Some people think they will die soon, or they might be retrenched. They try to run away from the obvious, which is inevitable.

“That is what we are trying to break at Databank; we are sending the message out there to break that myth and make it a normal part of our lives,” he revealed.

At the maiden edition of the Databank Thought Leadership Series in Accra, players in industry including employers, human resource managers, pension managers among others, dilated on the need for Retirement Planning.

To help prepare people toward retirement, which is compulsory for all formal sector workers in Ghana, CEO of Petra Trust Kofi Fynn also reinforced the need for retirement planning: indicating that “it is important to have streams of income before you depart. It requires an understanding that you can get to a point where you cannot do it again”.

He added that both the employer and the state need to cultivate a habit of thinking. “Both the state and employer needs to create a culture that is attractive for the employee. If you do that you can attract best talent and become an employer of choice.”

Dr. Ellen Hagan of Laine Services, who was also a guest-speaker, touched on relationships: explaining that “as one gets older, you need to depend on others.”

Psychological well-being, she maintained, is also key — given that the employer needs to know that there will come a time your luxury and comfort will be no more “if there is no strategic plan in your life.”

The Tier 3 pension scheme, which requires that the individual choose who handles his pension packages as to how and where to invest, was highlighted by Dr. Kweku Sowah, chairman of National Pensions Regulatory Authority (NPRA).