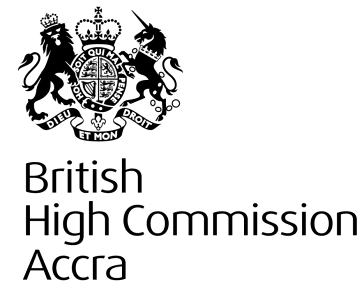 On 12th and 13th February 2015, Lord Livingston of Parkhead, the UK Trade and Investment Minister will visit Ghana to promote UK commercial interests and strengthen the British trade relationships with the Government of Ghana.

Ghana is the UK’s sixth largest export market in Sub-Saharan Africa. In 2013 exports of goods and services totalled £650 million. To help spur the economic growth, Ghana aims to attract more foreign investment. British businesses continue to see Ghana as a valuable investment base in West Africa and there are many existing and flourishing flagship UK companies in market across multiple sectors.

Lord Livingston will be visiting the Blue Skies factory, a British/Ghanaian company who export fruit produce to the UK and other European countries. Blue Skies is an excellent example of a company adding value to the Ghanaian economy. He will also visit the Dodowa hospital site, a project under construction by NMS Infrastructure, a small UK Project Management company, who were awarded a contract by the Ministry of Health in 2012 to build and equip 7 District Hospitals in Ghana in a $175 million contract. Barclays Bank was the lead arranger of the finance which is being underwritten by UK Export Finance.

Lord Livingston will attend a G8 partnership lunch hosted by The British High Commissioner to Ghana HE. Jon Benjamin. The lunch will bring together members of the G8 community, civil society, significant representatives from the oil and gas industry as well as the Petroleum Minister and the Deputy Minister for Land and Resources. The meeting aims to fuse the corporate world with the government and will highlight cross-government work on building an acceptable institutional framework in Ghana for the extractives industry. The Prosperity Partnership launched in 2014, aims to support Ghana’s path to prosperity through inclusive growth and employment. The HLPP has been warmly received by Honourable Hannah Tetteh, whom Lord Livingston will be meeting during his visit. Tetteh remains open to greater economic co-operation with the UK.

Lord Livingston will open the Business Breakfast Meeting hosted by First Atlantic Bank on Friday the 13th of February; the objective of the meeting will be to explore the step-change in unlocking finance for infrastructure investment as well as exploring capital market development potential for British companies in Ghana.