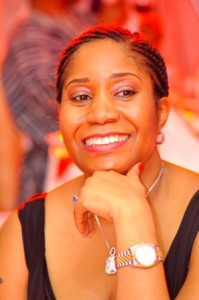 After five years of service to Telecommunication giant, Vodafone Ghana, sources have revealed that Chief Marketing Officer, Uche Ofodile has resigned from the company to take up a higher position with a South African company.

Uche joined Vodafone in 2009 as the Head of Strategy, Brand and Communications when Vodafone had just acquired majority shares in Ghana Telecom. In 2011, she took over as Chief Marketing Officer and is credited with the development of several initiatives which enhanced the company’s revenue and market share. This includes Vodafone’s CSR initiative, Healthline.

She also played a critical role in the telecom company’s movement from number four in 2009 to number two currently – for both revenue market share and subscriber numbers.

Business World (with notes from myjoyonline)