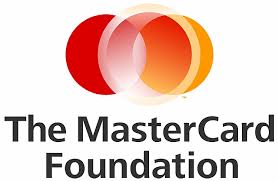 Two entrepreneurial Ghanaian teams have emerged winners at the 2019 Social Venture Challenge (SVC) held in Kigali, Rwanda.
The two teams, which were part of 33 others from different countries who participated in the contest, were part of 15 teams selected as the winners of the SVC 2019.

Each team will receive seed funding to scale their projects in health, education, environment and plastic waste management and a lifetime membership to the Resolution Fellowship that will help them continue getting guidance and membership to grow their projects.

Organised by the Mastercard Foundation and the Resolution Project, the SVC provides a pathway to action for socially responsible young leaders who want to be change agents in their communities through their projects.

One of the initiatives that won the challenge was Api-smart. It is a project to be initiated at Bebuso, a farming community located in the Kwahu Afram Plains South District in the Eastern Region of Ghana.

The project aims at creating employment to reduce poverty by providing training for the youth and other individuals in bee-keeping, as well as encouraging afforestation in the area.

The co-Founders of the initiative, Mr Elikplim Kwasi Avor and Mr Ransford Obeng Aniagyei, are recent graduates of the Mastercard Foundation Scholars Programme at the Kwame Nkrumah University of Science and Technology (KNUST).

In an interview on August 22, Mr Aniagyei said the appalling level of unemployment, poverty and indiscriminate felling of trees for charcoal burning by the indigenes of the community due to the unavailability of jobs in the area were some of the conditions that moved them to take this initiative.

He said training the youth in a more profitable venture would help equip the youth, as well as create jobs for over 100 youth and other individuals in the community.

The team, he said, received US$5,000 from the Mastercard Foundation and that would be used to kick-start the project.

“We are looking at training at least 10 people every year over the next five years to build a team of skilled youth who can also impact the lives of others,” he said.

He said after the training, the venture team would guide the beneficiaries in establishing bee farms (apiaries) by first planting trees such as cashew to serve as a source of nectar and pollen for honey production by the bees, thus encouraging afforestation in the area.

The team, he said, would strategically provide a ready market by entering into agreements with the beneficiaries to purchase their harvested honey, process it, package and supply it to an established network of wholesalers, retailers and individuals across the country.

The second initiative known as Duafe aims to close the gender gap in technology by teaching programming skills to young girls in Kumasi in the Ashanti Region. It will run Science, Technology, Engineering and Mathematics (STEM) workshops, boot camps and mentoring programmes in schools and also provide access to career opportunities.

The Senior Manager, Youth Engagement and Networks, Mastercard Foundation, Ms Ashley Collier, in an interview said the Mastercard Foundation partnered the Resolution Project four years ago to enable them to reach out to young people and provide the needed support to help impact the continent.

She described the 2019 SVC as the most exciting one as it received a lot of entries from the Mastercard scholars and also had more teams emerging winners.

“We have scholars engaged in impactful ventures in environment and plastic waste management, educational challenges, health and others,” she added.

The Mastercard Foundation, she explained, would continue to explore projects and programmes that would create more opportunities for the youth on the continent.