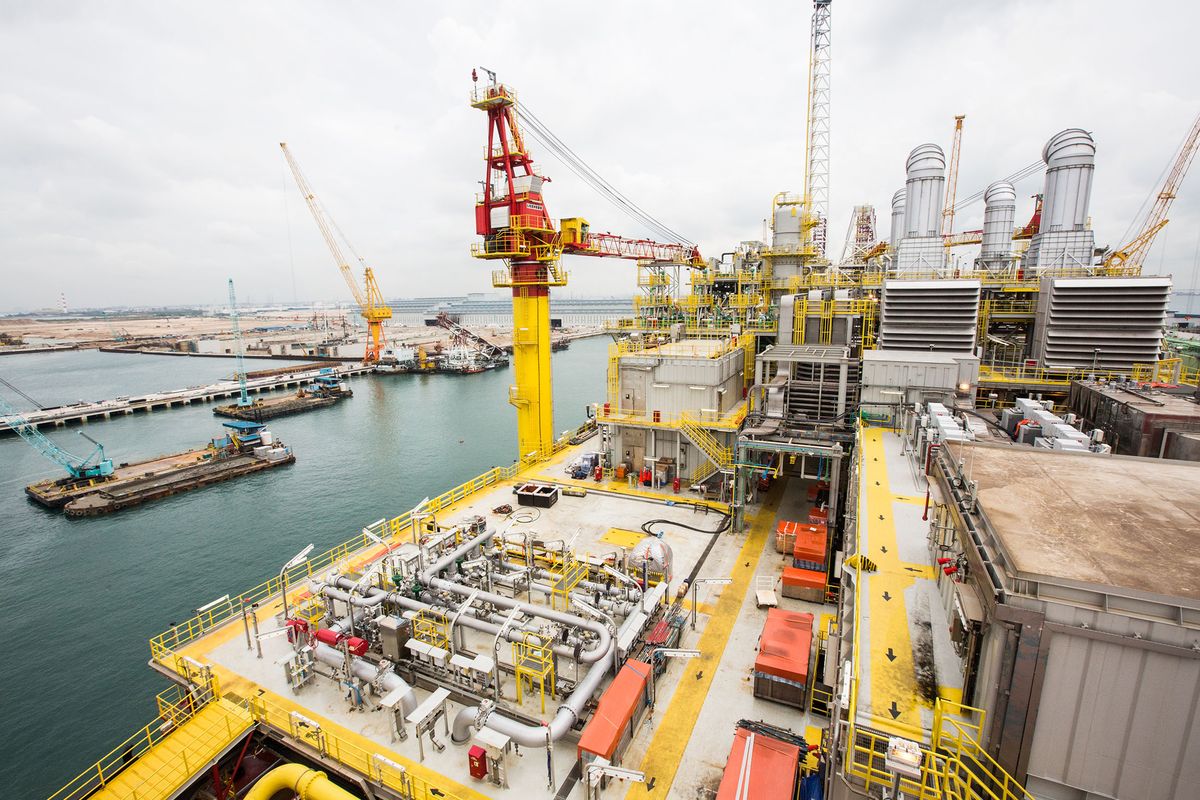 Tullow Oil Plc reduced its 2019 production forecast for the second time in three months as technical glitches in Ghana continued to cast a shadow.

Full-year output is now seen at 89,000 to 93,000 barrels of oil a day, reflecting delays in well completion at the African country’s TEN project, Tullow said Wednesday. It’s a further setback for a company that relies on the continent for more than 90% of its revenue.

“The main issue is down to these last couple of wells at Enyenra, which have been quite complex from a completion point of view,” Chief Executive Officer Paul McDade said in a phone interview. “We’re a bit disappointed this year because of these wells, but we’ve got a lot of wells to contribute next year.”

The problems include mechanical issues in completing the Enyenra-14 production well, which has not been brought on stream as planned and is currently suspended as the company continues a drilling program started last year.

The troubles in Ghana triggered an earlier guidance downgrade in April, when Tullow cut its 2019 forecast to as little as 90,000 barrels a day from as much as 101,000 a day.

In East Africa, Tullow has also faced obstacles in getting several projects off the ground. A final investment decision in Kenya isn’t expected until the second half of 2020, a deadline McDade said is “sensible and achievable.”

Efforts to offload a stake in its Ugandan venture are only making limited progress, according to the company. “We’ll keep pushing that forward,” McDade said.

Financial results have strengthened, with first-half net income jumping about 90% from a year earlier to $103 million, on revenue of $872 million. Oil production averaged 88,700 barrels a day in the period.

The company is also plowing resources into several ventures in South America. A three-well exploration campaign off Guyana started earlier this month and results from the initial prospect are expected in the first half of August. In Suriname, Tullow and its joint-venture partners will drill the Goliathberg-Voltzberg North prospect in 2020.

“Tullow’s guidance downgrade underscores its asset concentration risk in Ghana,” said Will Hares, senior industry analyst for Bloomberg Intelligence. Due to the adjusted forecast and slow progress in East Africa, “a heightened expectation of positive results” in Guyana is developing, he said.

Over the longer term, the company’s production will probably be between 90,000 and 100,000 barrels a day until East Africa is brought online, McDade said, adding that he hesitates to set future targets “because we don’t want to lock ourselves in,” in terms of capital allocation.

Tullow may want to divert more capital to Guyana “depending on how things go,” McDade said.