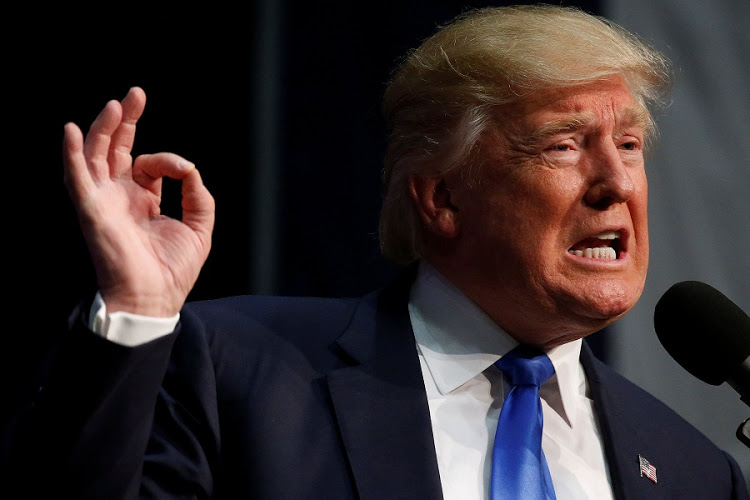 President Donald Trump declared Tuesday that talks with China on the first phase of a trade deal were near completion after negotiators from both sides spoke by phone, signaling progress on an accord in the works for nearly two years.

The president said later Tuesday in an interview with former Fox News host Bill O’Reilly that he’s holding up the trade deal to ensure better terms for the U.S.

“I’m holding it up because it’s got to be a good deal,” he said in the interview for O’Reilly’s website. “We can’t make a deal that’s like, even. We have to make a deal where we do much better, because we have to catch up.”

Trump announced Oct. 11 that he had reached the outlines of a “substantial” but partial deal that would see China ramp up purchases of U.S. farm goods, make new commitments to protect U.S. intellectual property, refrain from manipulating its currency and further open its financial sector to foreign investors. Since then, the two sides have been wrangling over how to put the deal on paper and what tariffs the U.S. will drop in exchange.

The negotiations have been complicated by strong support in the U.S. for pro-democracy demonstrators in Hong Kong and China’s suspicions that the U.S. is feeding unrest in the territory. Trump said Tuesday that the U.S. wanted to see things “go well in Hong Kong” but added that he was confident of a good outcome.
Chinese President Xi Jinping “can make that happen,” Trump said. “I know him and I know he’d like to make it happen.”

Trump gave no indication Tuesday about whether he would sign legislation Congress passed last week backing the protest movement in Hong Kong. The Chinese Foreign Ministry has warned of “strong countermeasures” in response to the measure.

Trump’s comments came after officials on both sides signaled talks were back on track toward an interim deal after negotiators from the world’s two largest economies spoke by telephone.

Negotiators are “getting really close” to completing the first phase, White House counselor Kellyanne Conway said on Fox News early Tuesday. She told reporters that the sides continue to negotiate sticking points including forced technology transfer and alleged theft of intellectual property, adding that “things like this take awhile.”

In a statement, China’s Ministry of Commerce said officials “reached consensus on properly resolving relevant issues” and agreed to stay in contact on the remaining points in phase one. The U.S. Trade Representative’s office confirmed a conversation took place, but declined to comment on the contents.

As the phase-one talks progress through the final stages, people familiar with the details have said the contours will include U.S. assurances of no additional tariffs and the rollback of existing ones — a key Chinese demand. The American side wants Beijing’s pledge of billions in purchases of U.S. commodities — a deliverable Trump wants for his rural base. A date and place to sign the deal still hasn’t been decided.

Stocks in Asia gained and U.S. equities touched new highs on optimism that the countries won’t escalate a tariff war that’s dragged on for 20 months and involves about $500 billion in products traded between them.

Talks on the limited deal have continued since it was first announced in October, with both sides making concessions recently on issues such as food imports, intellectual property and tech giant Huawei Technologies Co. Liu, China’s chief negotiator, said last week that he was “cautiously optimistic” about concluding a phase one deal, but the lack of a deadline and comments from Trump and others have led to speculation that talks could extend into next year.

If a phase-one deal does not materialize before Dec. 15, Trump will have to choose whether to carry out his previous threat to impose 15% tariffs on some $160 billion in imports from China.

Trump said last week that a trade deal with China “can’t be like an even deal” because the U.S. is “starting off from the floor” and China is “already at the ceiling.”

“Key is what happens if we do not get a deal by 15 December,” said Khoon Goh, head of Asia research at Australia & New Zealand Banking Group in Singapore. “Will the U.S. agree to suspend the tariffs out of goodwill?”

Trump is also facing questions at home over how meaningful an interim deal will be and whether it will lead to further rounds of negotiations.

Even if a first phase deal is signed, it is expected to skirt more difficult issues such as U.S. concern about Chinese industrial subsidies and other forms of protectionism. Similarly, from the Chinese side it is unlikely to address what Beijing sees as systematic American attempts to shut out Chinese technology companies from the U.S. market over security threats as well as their access to American components.

The U.S. Commerce Department on Tuesday released new proposed rules that would give it the power to restrict U.S. imports of foreign technology and their use in domestic supply chains and infrastructure.