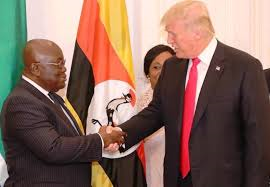 The good news is that the US does not seem to make the often-loathed assumption that Africa is one big country. The less good news is that its trade relations with the continent’s 55 states could become fragmented.

On his first trip to Africa as secretary of state last week, Michael Pompeo focused on business ties as he met officials in Senegal, Angola and Ethiopia. President Donald Trump “loves deals” and “wants more to happen between the US and nations all across Africa”, Pompeo said in Addis Ababa.

That came two weeks after Washington announced that it intended to start talks for a free-trade deal with Kenya. The only other such pact is with Morocco.

But on the same trip, Pompeo took a swipe at SA, the continent’s most-industrial economy and the US’s biggest trading partner in the region. He said the plans of the country’s ruling party to allow land expropriation would be disastrous and described the policy proposal as an example of central planning that has failed in other African states such as Zimbabwe.

Trade relations between the US and African nations will come under increased scrutiny between now and 2025. That’s when the African Growth and Opportunity Act (Agoa), which provides sub-Saharan African countries duty-free access for about 6,500 products to the US, expires.

The Trump administration does not favour renewing it and wants the planned Kenyan deal to be a model for other arrangements with individual countries.

But there’s an all-for-one, one-for-all pull in the opposite direction, with the African Continental Free-Trade Agreement (AfCFTA) that has been signed by all but one of the countries recognised by the AU. A deal between the US and Kenya could undermine this continent-wide commerce pact and limit Africa’s power to negotiate, secretary-general of the UN Conference on Trade and Development Mukhisa Kituyi said.

“Kenya should not provide cracks in the armour of those who have pushed for further collective engagement,” Kituyi said in a joint statement this month with Erastus Mwencha, the former head of the Common Market for Eastern and Southern Africa. “There is strength in numbers.”