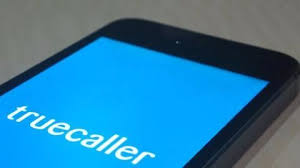 Truecaller is seeking to roll out a version of the app that works with 2G phones, Chief Commercial Officer Ted Nelson said in an interview in Cape Town on Wednesday. About 70 percent of cell users in Africa use so-called service phones — devices that aren’t classed as smartphones. The company already has more than 50 million customers on the continent using the more advanced handsets.

“We have partnered with Bharti Airtel in India and will also partner with them in Africa,” said Nelson. “Africa is a very important market for us and currently South Africa in particular is our fastest -growing market.”

The app identifies the source of incoming calls and protects cellphone users from spam calls and messages. South Africa, Nigeria and Egypt are among the top ten countries in the world for unwanted calls, according to a study commissioned by the company, making the continent especially appealing for expansion. Truecaller is also seeking to open an office in South Africa to direct business on the continent, Nelson said.

“We want to open an African office as soon as possible and we are looking for the right talent to make this happen,” he said.

Truecaller has added a mobile-money option to its service, allowing users to send and receive money through its smartphone app without passwords or banking codes. That could increase its appeal in India, where millions of people use their phones for financial transactions in the absence of traditional banks, the executive said.

Bharti Airtel is based in India, and also has operations in African countries including Nigeria, Kenya and Ghana.