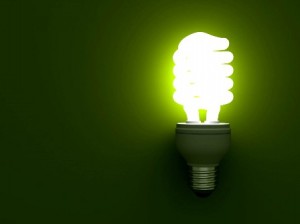 Ghana may be West Africa’s leader in electric energy consumption but the country is still severely exposed to the potentially grave impacts of perennial energy supply crunches.

Within the past decade, the hottest issues at the table have been about adequately investing to improve generation capacity as well as upgrading transmission and distribution systems to ensure supply reliability. However, behind the scenes, a quiet revolution is taking place.

Savings, through energy use efficiency, are forcing a relook at traditional notions of energy security.

The outcomes of measures aimed at efficiency are making a strong case for treating energy efficiency as a resource and putting it on a level playing field with other energy resources such as power plants.

“Research, as well as empirical evidence from our activities of conservation and efficiency show that when energy saved through efficiency is weighed against new energy resources, efficiency upgrades to homes and offices cost far less than the cost of building a new fossil-fuel power plant to generate that same amount of electric energy,” says Mr. Kofi Agyarko, Head of Energy Efficiency and Climate Change at the Energy Commission.

Mr. Agyarko argues that usually, benefits of energy efficiency are on the blind side of utilities regulators and planners and as such this cost-savings is generally overlooked.

Energy efficiency, he says, can save both government and consumers money and create jobs, while also helping to drastically reduce harmful greenhouse gases. Additionally, energy efficiency upgrades can eliminate the need to install or replace other expensive electric grid equipment.

But treating efficiency as a resource is not yet an easy ride as Ghana currently is caught in the throes of energy supply insecurity and needs to hastily ramp up its electric energy generation capacity to match rapidly rising demand estimated to be growing at a 10% annual rate.

Though a Strategic National Energy Plan (SNEP) outlines an energy generation mix fora reliable and sustainable energy provision from 2006 to 2020, higher than expected economic growth rates have ensured that a total generation of 5000MW, targeted for 2020, could indeed be required earlier. Now, government hopes to attain that target by 2015.

There is thus an urgent need for a revision of the SNEP, if only to avert the danger of uncontrolled development of new resources that do not conform to the laid out plan and might be counterproductive in the long term.

The Energy Commission believes that pushing energy conservation and energy use efficiency could, in the immediate term, help to significantly reduce energy demand and thus provide more flexibility in choosing the most preferred methods of energy production.

That position automatically places energy efficiency at par with other energy resources, which might be a difficult proposition for some planners to accept easily. But the round numbers on Ghana’s efforts at conservation and energy efficiency could make a compelling case.

In order to improve the challenging electricity demand and supply imbalance that confronted the country, in 2007,the Energy Commission spearheaded the distribution of six million energy efficient compact fluorescent lamps (CFLs) to replace inefficient incandescent lamps. The measure led to peak electricity savings of 124MW, expressed in monetary terms as US$ 3.6million per month.

In addition to peak electricity savings, a CO2 savings of 112,320 tons a day, or about US$1.2million, was established.

The Energy Commission estimates that the reduction in peak electricity demand made possible the delay in investment in power plants, which saved the country about US$ 105,000, while In terms of reduction in light crude oil consumption for thermal power generation, a reduction of 148,000 barrels of light crude oil was realized.

Other socioeconomic benefits that the Energy Commission identified as being associated with the CFLs exchange programme were; 90% acceptability of the CFLs technology, better illumination of indoor and outdoor surroundings and mean income savings of GH¢31.00 for 25 out of 138 districts as of 2007.

But perhaps a most significant outcome of the programme is the local production of CFLs. Currently, Wellamp, the company that manufactures CFLs in the country has about 15 employees and supplies just about one percent of total national requirement, while the bulk is imported from China and a little from Europe and Japan.

“If government, through its procurement processes would patronize more of locally produced CFLs, as a conscious effort at encouraging domestic production, then we could easily scale up and employ more hands. A couple of other factories coming in would help generate more employment for our teeming unemployed youth,” say Mr. Raphael Felli, CEO of Wellamp.

Yet another measure to reduce peak hour electricity demand by the Energy Commission, in collaboration with the Ministry of Energy, was the installation of Automatic Capacitor Banks (ACB) in some selected public facilities. Public facilities have been identified as notoriously inefficient in energy use.

The ACB is a device used to check the power consumption of a machine and it ensures that only the amount of electricity required to run the motors and other high energy consuming machines is drawn.

In the absence of an ACB, an inefficient motor will draw high electricity but use only a portion for the actual work.

In 2009, ACBs were installed in six public institutions, namely; Osu Castle, which then served as the seat of government, Parliament House, Accra Sports Stadium, Food and Drugs Board, the Korle Bu Teaching Hospital and the Ministry of Defence. A total of 1,851kVA was estimated to have been saved by that intervention. In monetary terms, it translated into an annual total savings of US$331,000 for the sic facilities.

The total cost of the project was US$258,299; therefore a simple payback period of the investment is 9.36 months.

A second phase involving 26 selected public institutions across the country getting equipped with the automatic capacitor banks, was completed in September 2012, and is expected to save 1875kVA.

Encouraged by its own early successes, the Energy Commission has introduced yet another measure at conservation and energy efficiency

In the last quarter of 2011, the Commission commenced the Refrigerator Energy Efficiency project, which will run up to 2014.

The project targets over 2 million inefficient refrigerators in use in the country. Each of these refrigerators consume on the average 1,200kWh per year as against 250kWh per year for very efficient ones, translating into in a massive total energy savings of 216,000 MWh and CO2 reduction of 251.6 kilotons over the period.

Already a big success with the general public, the project has spawned a nascent industry of scientifically scrapping old fridges. A plant with modern state-of-the-art equipment and reputed to be the first of its kind in Africa, has been established, which harvests refrigerant gasses that are harmful to the ozone layer and climate systems.

Energy conservation and efficiency is obviously gaining a strong position in Ghana’s energy equation but it has not always been a game of ball in the park. The importation and sale of used appliances is a multi-million cedi business and importers resisted the introduction of these measures that they found detrimental to their business.

A combination of grit and level-headedness have seen to the implementation, though slightly belatedly, of a new law; Energy Efficiency (Prohibition of Manufacture, Sale or Importation of Incandescent Filament Lamp, Used Refrigerator, Used Refrigerator-Freezer, Used Freezer and Used Air-conditioner) Regulations, 2008 (LI 1932), which was specifically crafted after the 2007 energy supply crisis to help promote conservation.

“We have had to embark on massive education to get all stakeholders on board; the public, at every turn, must be made aware of the economic and environmental costs of the appliances even as stringent but pragmatic legislations are being crafted and implemented.

It is critically important to match the prohibitions with incentive packages that partly cushion those who will be adversely affected,” Kofi Agyarko explained.

“A new law on safety and standards also guides importers of refrigerators and air conditioners on the efficiency levels of those appliances that are acceptable into the Ghanaian market.

“Our hope is that ultimately, these measures would create business opportunities to manufacture these electrical appliances locally, as has been the case with CFLs,” Agyarko disclosed.

Treating energy efficiency as a resource and moving its programmes into Ghana’s electricity market, though still not in a clearly defined form, is generating a lot of debate.Grid electricity suppliers, until recently, have been state-run monopolies (with all the attendant inefficiencies characteristic of state-owned-enterprises) and have not had much incentive to ramp up enough electric supply to meet the greatest demand for energy and definitively avoid blackouts.

The option now is for suppliers (both public and private) to ramp up capacity to shore up reserves to prevent blackouts. Adding capacity would mean, among others, paying power plants for the maximum amount of energy they could produce, if called upon to do so. Their costs would naturally be passed on to customers.

Customers, both residential and industrial, are resisting a switch to this market structure-unsurprisingly-being used to a regime of low power tariffs and paying only for energy demanded and not power generators for merely existing.

The Public Utilities Regulatory Commission (PURC), the downstream regulator, is caught in a difficult situation of whether to price the utility to encourage fresh investments in capacity or push for higher efficiency by consumers.

This is not to say that the PURC is not already pushing for energy-use efficiency. The electricity bill incorporates a Power Factor Surcharge, which is a penalty imposed on consumers whose power factors are below the minimum threshold of 90 percent.

Electricity bills attributed to demand for consumers with low power values are generally higher than similar consumers who take steps to improve their power factor.

A consumer who takes steps to correct power factor to the prescribed minimum, not only avoids paying the power factor surcharge but also reduces maximum demand and consequently the total electricity bill.

Working energy efficiency into electricity market is a difficult but important issue. The electric infrastructure in the country is in dire need of an upgrade. Ghana is currently grappling with serious resource adequacy issues in addition to periodic drought and extreme weather, which are both expected to get worse due to climate change. Compounding Ghana’s challenges is the unreliability of gas supplies as feedstock for its growing number of thermal plants

The outcomes of the Energy Commission’s efforts at energy-use efficiency and conservation have made it clear that, treated as a resource, energy efficiency could accelerate Ghana’s ambitions of becoming secure in adequate electricity supplies at less cost and in a very sustainable manner.

Obviously, whatever new measures the country’s energy authorities put in place to meet growing domestic demand and realise Ghana’s dream of becoming the sub-regional energy hub, energy efficiency should have a seat at the table as an equal.