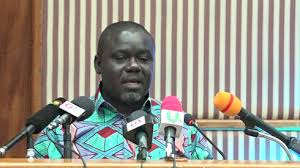 The Ministry of Transport has ordered a reduction in port charges following growing anger this week in the port community. This is following the commencement of the implementation of the new tariff regime by the Meridian Port Services (MPS) on Monday, December 2, 2019.

The restructured tariffs according to a letter dated November 8, 2019 and signed by the Director-General of the Ghana Ports and Harbours Authority (GPHA), Mr Michael Luguje covers new tariff items such as the implementation of the International Ship and Port Facility Security (ISPS) dues, stevedoring charges on liquid bulk, shore handling of which the rate is to be charged in the United States dollar, container handling containers among others.

The six-page letter, a copy of which is in the possession of the Daily Graphic detailed that, per the Deed of Amendment to the concession agreement signed between the GPHA and MPS in June 2015, GPHA was contractually obliged to implement the revised port tariffs on the commencement of the operation of the Container Terminal 3.