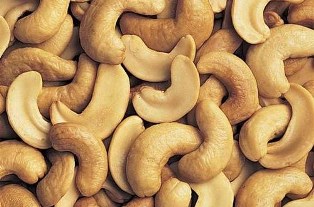 The Minister of Trade and Industry with oversight responsibilities for trade regulations and controls under the Import and Export Law (Act 503 Section 13) of 1995 as amended in 2000, has issued the following Administrative Directive on the purchase and export of Raw Cashew Nut (RCN).

Henceforth, all traders and processors are to note that they are allowed to purchase Raw Cashew Nuts during the main harvesting season from January to June but export of Raw Cashew Nuts is permitted only after 31st May onwards.

Any raw cashew nuts that are brought to ports or borders of Ghana for export between 31st March and 31st May, 2016 shall be confiscated to the State.

The Public is hereby obliged to take note and comply with this directive.

It has been noted with concern that as much as 95% of Ghana’s total production of cashew nuts estimated at 68,000 MT is exported in its raw form to overseas for processing.

This implies that the industry is operating at just 5% of its installed processing capacity of 65,890MT.

Local processors are unable to obtain adequate supplies of raw materials for processing due to intensive competition with purchases from traders at the farm gate.

This situation is stifling the Ministry’s objective of promoting value addition under the National Export Development Programme (NEDP) 2016-2020 which seeks to increase earnings from the Non-Traditional Export (NTE) sector.

The survival of the industry which is processing cashew in Ghana is on the brink of collapse and will only survive on the availability of adequate supply of raw cashew nuts for processing.