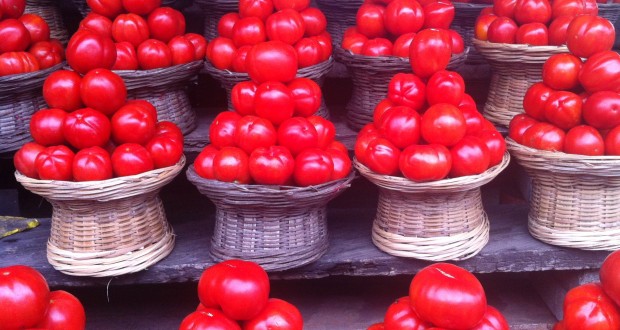 A survey of market prices of some selected commodities has shown that the price of cooking tomatoes recorded the highest increase in May 2020.

The average price of a 72 kilogram crate of the commodity went up by almost 13% to record 933 cedis; from the 826 cedis it recorded the month before.

According to Esoko, the price of millet recorded a drop in price for the period.

The survey looked at twelve food items including tubers, grains and vegetables, across seven markets across the country.

For May this year, a 72 kilogram of tomato sold for the highest of 1600 cedis at Dambai while the least price of the commodity was at 420 cedis in Tamale.

It is followed by fresh tubers of cassava which recorded an average market price of 139.83 cedis; from the 124.33 cedis.

Again, groundnut, gari and the pona variety of yam recorded price increases ranging between 2.91 and 2.74%.

The price declined from 346 to 344 cedis. In all, three food items recorded a drop in prices between April and May.

These were local rice, millet and white cowpea.