Homepage » Political » THEM AND US-UNITING A DIVIDED GHANA

I was recently in Kumasi to participate in a programme organised by the Ghana Journalists Association and the US Embassy and encountered an incident that well illustrated the emerging politicisation and polarisation of Ghanaian society.

In this political divide, everybody must be pidgeon-holed and judged not by what he says or does but ultimately by his perceived or presumed political colour.

Subsequently any issue that crops in this country from judgement debts to issues like free education are given the political treatment, so much so that this beloved nation of ours finds it difficult to reach a national consensus on any issue even when common sense and national interest invite a common position.

I had been asked by the GJA to speak to the subject-ENSURING FREE, FAIR AND PEACEFUL ELECTIONS-CHALLENGES OF THE MEDIA.

It is a subject I can humbly state I am modestly conversant with, since the National Media Commission which I chair has spent the last 12 months talking about just that.

I examined the obligations of the state-owned media which are literally commanded by the 1992 Constitution to afford all political parties, big and small, for as long as they registered with the Electoral Commission, equal and fair access to the state owned media.

To the privately owned media, I said that whilst they are not so obliged by the Constitution, their code of ethics clearly advises them to be fair, objective, truthful and accurate in their reportage and further advised all media to be guided by the Rotary Club’s  4 WAY-TEST, that simply asks us all to consider the  import and impact of whatever we say or do on society.

The media has a duty to be counted among the peacemakers who will be divinely rewarded, I reminded the audience.

Then came question time when this participant shot his hand up and posed his question with some glee.

“Ambassador Kabral-You were appointed Ambassador by President Kufuor. You are NPP. How can you be impartial as Chairman of the NMC?.

As I stood up to answer the question, I recalled a speech by Pastor Mensa Otabil, General Overseer of the International Central Gospel Church, a renowned theologian and national opinion leader last year in which he lamented about the sad state of affairs in which people are tagged with party colours, literally burnt on the stakes and never assessed by the sagacity, quality and relevance of their ideas.

Mustering every calm and composition I answered as follows:

I vote like all responsible Ghanaians and must naturally have a preference in any political race, but in my capacity as Ambassador and Chairman of the National Media Commission must be guided and indeed guided by greater values, my oath to uphold the Constitution and my sense of patriotism.

President Rawlings appointed Dr. Afari Gyan as Electoral Commissioner. Since then he has been judged solely by the work he does. We can say same about other appointees to similar positions.

In any case, as Ambassador I launched a programme called a DOLLAR A MONTH FOR GHANA PROJECT- and raised about USD 70,000 to support humanitarian causes in Ghana and Sierra Leone, and did so many other things. At that time nobody asked what my party affiliation was.

As a journalist I contributed my widower’s mite to the building of the GJA and democracy in Ghana. Nobody then and today asked what the colour of my party was.

Then I get elected as Chairman of the NMC by my peers of diverse background. But because in the current Ghana you must belong to this or that party to serve Ghana, some will want to put a tag on me and not judge the work the NMC as a collective is doing”.

I of course took some time to explain to the questioner the rainbow composition of the NMC, which includes two persons appointed by the President, two from the Majority in Parliament and one from the Minority in addition to representatives from various bodies totalling 18 and how decisions of the NMC and what I say on behalf of the NMC are guided by our Constitutional mandate and always consensual.

I hope I made some sense but the question asked by this person who openly identified himself with a party epitomised the politicisation of every issue in Ghana; a symptom His Eminence Peter Cardinal Appiah Turkson further dwelt on when he addressed the 17th Awards Ceremony of the GJA last August.

Divisions and diversity around religion, ethnicity, class, sports etc have always existed in this country but the divide today is more about politics which manipulates and drives the other primordial factors to the brink and can tear this nation apart.

It is hotter that the rat race that Bob Marley sang about. Why the heat is close to a volcanic inferno is largely because of the WINNER-

Politics in the best sense is an act of public service, and so it may be said that there are many Ghanaians in politics today who see politics as an opportunity to serve the people; but alas many also see it a career, a way of survival, a short cut to wealth and influence.

And for the latter the heavens may crumble and all turn to hell for them to achieve political power and glory.

Whilst winners bathe in a sea of joy and affluence, losers wallow in a quagmire, in the wilderness of deprivation.

Businesses perceived to belong to parties suffer unduly depending on who is in power as the cycle of victimisation encircles the nation the morning after elections.

There must be an end to this rat race, this political divide and its negative consequences.

Mere appeals and sermons will not bridge the gulf, the divide between us. There must be institutional arrangements to ensure that the syndrome of WINNER TAKE ALL ends.

And it must start with a shift in our rush to tag people instead of assessing the quality and depth of their words and deeds. 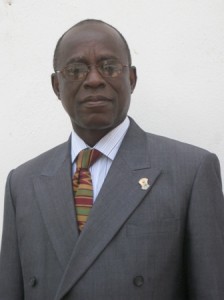