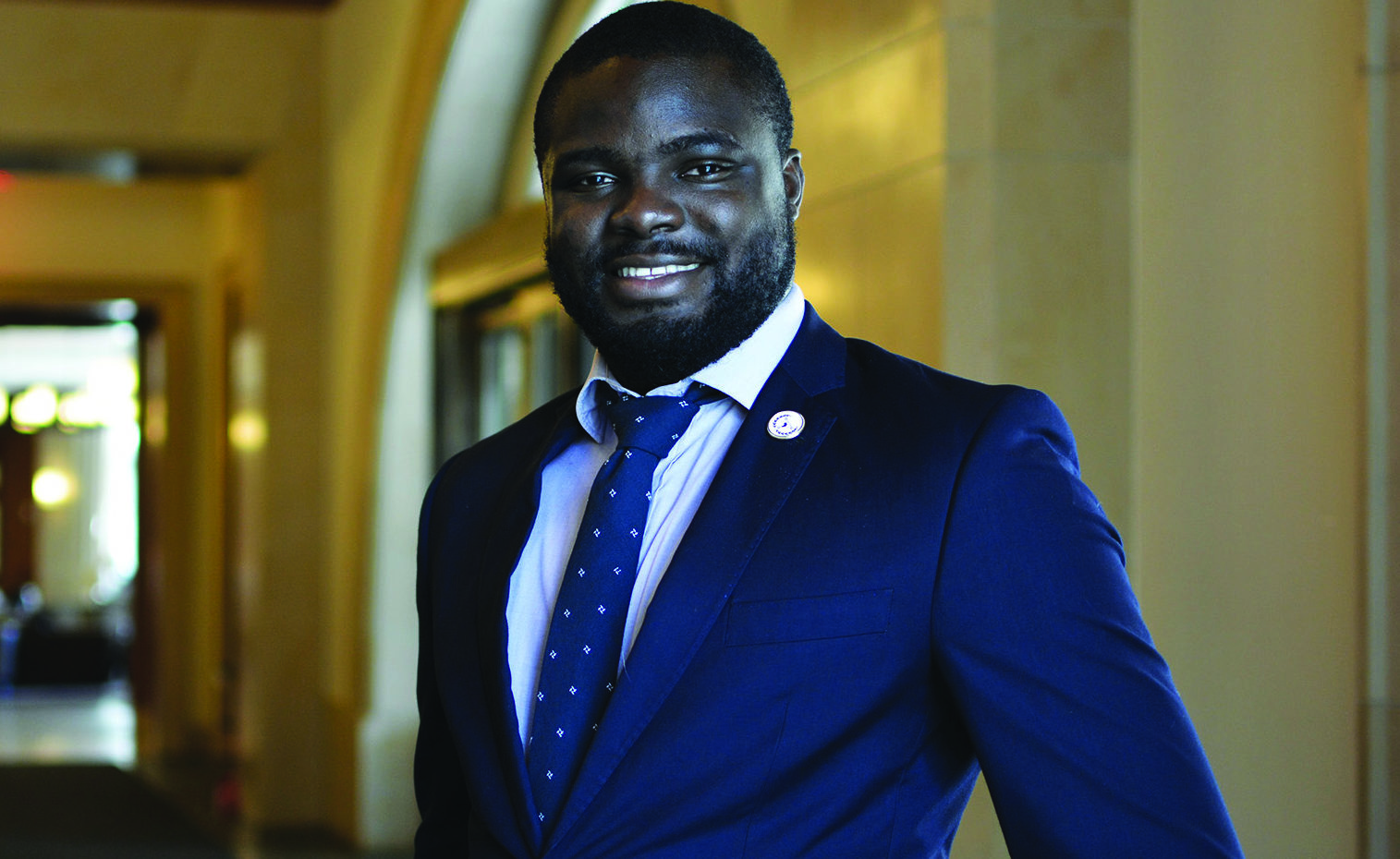 Homepage » Entrepreneurs » The Maverick In Tech

The founder of some of Nigeria’s best-known startups on the mistakes and the millions that made him click in the technology business.

Sometimes, the simplest business ideas can come from strange places, or even strangers.

In his first year studying law at Waterloo University in Canada, Iyinoluwa Aboyeji was approached by a stranger who asked to stay in his house.

“I was like ‘I don’t know you, you have long hair and you are white; I don’t know about this’, but I said, ‘ok cool’, and he stayed over and we became good friends.”

About a year later, Pierre, the friend, decided to head to Silicon Valley for his cooperative education term.

“He told me about this amazing world of Silicon Valley, tech and investments, and I was sold. A few months later, we decided to start our own tech company called bookneto.com,” says Aboyeji.

It was a platform that enabled students to download past examination questions and work with a team of people at the school to help answer them.

The company did decently for three years until it got sued by the university, but at least that marked a turning point in Aboyeji’s entrepreneurial life.

It turned out that the intellectual property for past examination questions belonged to the professors at Waterloo University, a fact that was “unknown” to the pair of entrepreneurs and they were found “guilty of piracy”. The venture was eventually sold to a professor who wanted to teach students not enrolled on campus, for a small fee.

“We had it for three years, and by this time, I had graduated and looking for a new adventure and I was pretty sure I did not want to run another business in Canada, so I had started looking at other markets and Africa was a big one for me, Nigeria in particular,” says Aboyeji.

After graduating, he returned to Nigeria in 2013.

His proclivity for identifying opportunities inducted him into the world of massive open online courses (MOOCs). The dominant players at the time were Coursera and Udacity.

According to a report by Component, globally, the MOOCs market is estimated to hit $20.8 billion by 2023. Aboyeji wanted in. He set up a company in Abuja called Fora.com focused on incorporating MOOCs into the university environment especially for courses that were relevant but not provided by Nigerian universities due to a lack of quality resources.

“I was very naïve. I imagined that it would be a breeze to build that business and learned the hard way that anything regulated doesn’t operate rationally. So, the regulators didn’t give me any approvals and universities were skeptical and didn’t want to be laid off so it didn’t work out. We ended up pivoting that business and ended up selling online MBAs instead. Our typical clients were young bank managers who wanted to get an MBA or advanced degree courses to improve their chances of being promoted,” says Aboyeji.

The firm began to gain some traction. People were paying for the application courses and Aboyeji decided to pilot a loan program where financial institutions would offer loans to students.

“So, we were making money but it wasn’t popping off. I went to New York with the team because we had just gotten some new funding and we had to meet the new investors. I had met a guy named Jeremy Johnson when he was in Nigeria earlier so I pinged him and told him what we wanted to do. I wanted to learn from his experiences. He agreed to meet for coffee in New York.”

During their meeting, Johnson expressed his idea about a new form of education geared towards skills rather than degrees. Aboyeji also talked about unemployment in Nigeria and how that represented a massive opportunity.

It was a match made in heaven.

“One of the things he told me was that he could not find a sales force engineer for $150,000 in New York. They just didn’t exist so I said, ‘man, I can train you sales force engineers’. And he said ‘if you decide you are going to pivot, what you are doing or adding to it… I would fund you and I will be chairman and we can do this together’. So, I said ‘someone is going to fund you to do a new business, why not’.”

Aboyeji had just stumbled on a new gold mine and Andela was born. He started with one person and began teaching him how to code. He repurposed the team from Fora into coding masters, bid masters and operational staff, and shifted the focus of Fora because they had the flexibility to do it.

“I don’t think at the time we had any idea how big what we were doing was. We did the first one, it was semi-successful, we trained the next four, which was really good. We put out a job description saying no experience required, we will pay you to learn how to program and we had over 700 applicants off Twitter and we knew we had something.”

They whittled down to about four or five people that completed that program. To find work for his new coders, Aboyeji used Upwork, the popular freelance jobsite, to bid for jobs.

The company has since gone on to raise $180 million in venture funding from the likes of Mark Zuckerberg and other notable investors from Silicon Valley. Aboyeji left the company after three years in search of his next adventure but is still a major shareholder in Andela.

That voyage led him to co-found Flutterwave, an integrated payments platform for Africans to make and accept any payment, anywhere from across Africa and around the world. Under his watch, the company processed 100 million transactions worth $2.5 billion.

Turning his eyes firmly on future opportunities has led Aboyeji to set up his own family office called Street Capital, with a focus on identifying passionate and experienced missionary entrepreneurs with the integrity and courage to flawlessly execute in Africa.

With a solid track-record of unearthing diamonds in the rough, Aboyeji hopes to empower the next generation of African entrepreneurs to achieve their fullest potential and help build some of Africa’s fastest-growing and most-impactful tech businesses.