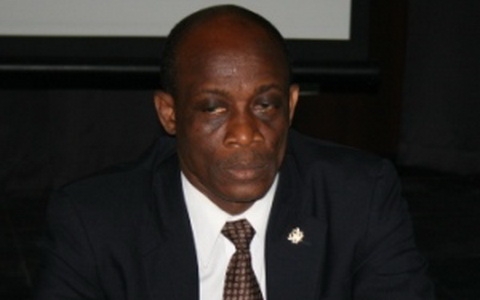 Chief Director of the Transport Ministry Twumasi Ankrah Selby said: “We have already done the technical meeting with the Ministry of Finance, and we asked them to take the suspension of the 17.5 percent VAT on domestic air travel into consideration.

“We put the case across and they will have to look at this. From the discussion, I didn’t see it come out clearly. Since the expected revenue is already determined in the budget, if you are going back to tell them to eliminate the VAT on domestic air transport it means they need to find money elsewhere to make it up. We put it across for them to consider, but I can’t tell you if it’s something that is going to happen.”

He was spoke in an interview on the sidelines of the 5th International Federation of Air Traffic Safety Electronics Associations (IFATSEA) Region Africa Conference, held in Accra last week.

“The point we are making is either give them a five-year moratorium or introduce the VAT on domestic air travel gradually — not the immediate full impact of the 17.5 percent. But MOFEP, following our discussion with it, can’t seem to come out readily with that kind of solution. That is why we are following up with a Cabinet memo so that the whole Cabinet will look at it. It is supposed to be a joint Cabinet memo between the ministries of Finance and Transport. It is when the two ministries have finalised it that it will go to Cabinet,” Mr. Selby said.

The Ghana Revenue Authority (GRA) in July implemented the 17.5 percent Value Added Tax (VAT) that was approved by Parliament in the 2013 budget amidst protest from domestic airlines, who are struggling to stay in business.

Following a series of petitions to the Ministry of Transport by domestic airlines, the supervising ministry formally engaged the Finance Ministry to see how best to address concerns of the industry.

The domestic airline industry is relatively young, given that those currently operating flights from Accra to the four major domestic destinations are just three years old.

The initial buzz that characterised domestic air travel and saw many more people choosing air travel as opposed to road travel, after licencing more operators, has since been contained by challenging economic conditions which have seen a significant reduction in the purchasing power of consumers.

With the rising cost of operation for airlines, the imposition of 17.5 percent VAT on domestic air travel has led to a hike in airfares.

The current load-factor is relatively poor, irrespective of the fact that Antrak has suspended its flights for operational reasons. With increasing cost of operation, none of the domestic airlines currently operating is able to cover their direct operating costs (DOC) — consisting of maintenance cost, ground handling, and fuel.

For a return flight between Accra and Kumasi, domestic carriers need up to about 70 percent load factor to cover their DOC — a figure mostly not achieved except for weekends, when passenger numbers inch up close to 70 percent.

Thorsten Wehe, IFATSEA’s Executive Secretary, said: “No other transport mode will bring you from A to B as fast, as timely and as cheap as air transport when compared to others. IFATSEA supports the improvement of safety and performance in aviation, and is willing to contribute toward the creation of a truly safe and efficient global aviation system that is socially acceptable, sustainable and efficient for all stakeholders involved.”