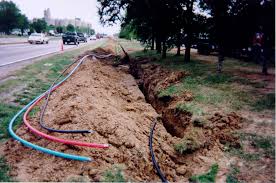 The Telecoms Chamber wants infrastructure of its members treated as critical national assets as it reels from massive damage to fibre-optic cables.

Millions of dollars were spent on fixing damages caused to telecoms fibre in 2018.

The development, he said, is seriously impeding on expansion drive by the telcos.

He is hopeful the classification would go a long way to ensure that their infrastructures are protected.

Mr. Ashigbey is not happy that telcos are seen as a “cash cow”, explaining why they are being overtaxed in his view.

Telecommunications companies, he said, contribute 40% of the total tax government get as revenue.

He called for more engagements with government to see how the state can rather leverage on their services to rake in more revenue.

Telecoms Chamber has proposed, among others, to government to infuse into the 2020 budget, a way of digitizing everybody to ensure proper tracking of persons who pay tax and those who don’t pay tax.