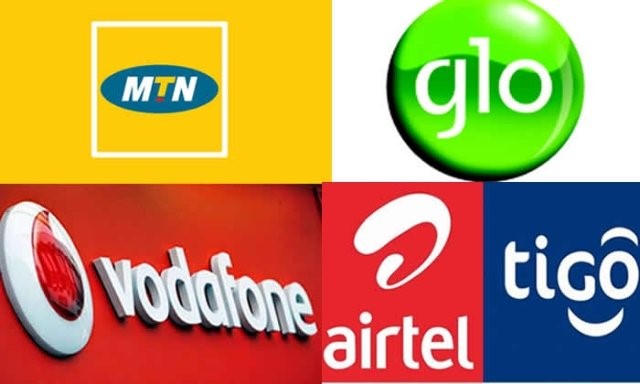 Telecommunication companies in Ghana have resolved to stop the upfront deductions of the Communications Service Tax (CST).

This new development was announced in a statement issued by the Ghana Chamber of Telecommunications.

According to the Chamber the telcos will rather apply the tax through a tariff adjustment programme which will take effect on November 26, 2019.

The Chamber in the statement explained that despite the arrangement to stop upfront deductions, the GRA will still calculate and account for the CST as an upfront charge.

“For the past few weeks, there have been several discussions on the implementation of the CST. The members of the Ghana Chamber of Telecommunications will like to reassure its customers that we have acted in good faith considering our intentions to engage all relevant agencies following the passage of the CST Amendment Law. The mobile industry considers the upfront deduction legal and implemented the current CST based on alignment with how the Ghana Revenue Authority (GRA) calculates and charges the CST.

“However, we understand stakeholders’ concerns and have aligned on the current agreement to implement a price increase to pass on the tax instead of upfront deductions. It is worth noting that despite this arrangement to stop upfront deductions, GRA will still calculate and account for the CST as an upfront charge.”

The Chamber has also decided to give extra value to reward customers for their loyalty.

Subsequently mobile operators will notify their customers individually in the ensuing days,” the statement said.

The Minister of Communications Ursula Owusu-Ekuful last two weeks at a press conference said the telcos were being disingenuous in their handling of the CST increment which they hitherto did not deduct upfront from recharges made by consumers.

She made this comment after consumers of mobile telecommunications services said they were still being charged the 9 percent Communication Service Tax  (CST) upfront on recharges, more than a week after the Ministry of Communication demanded a halt to the practice.

“The Ministry met mobile network operators and the regulator on 7th and 8th October 2019 on this unusual practice which flew in the face of industry experience and we were informed by MNOs that they took advantage of the 3% increase to pass on the entire tax to subscribers.

“GETFUND, NHIS levy and all other taxes imposed on entities doing business in Ghana are treated. The extraordinary upfront deduction of CST and notification of same to subscribers must stop with immediate effect,” the Minister said.

While the Minister demanded an immediate stop to the practice, the directive was not met favourably by the telcos which were still in discussions with the government to decide on a number of issues surrounding the implementation of the CST.