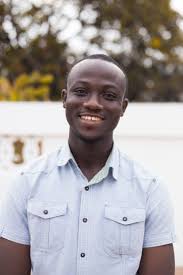 Taxify has introduced a new commission structure for its driver-partners that will cushion the effects of increased fuel prices in Accra.

The ride-hailing service, which matches passengers with drivers via a smartphone app, typically takes a 15 percent commission, already 10 percent lower in comparison with similar ride-hailing apps.

With this new commission structure, Taxify’s commissions are now 15 percent lower than competition.

The reduction in commissions will result in relief for driver-partners, better earnings and increased morale.

“We want our driver-partners to know that we’re with them through everything and that includes increased fuel prices. Taxify believes that happy drivers equal happy riders and we’ll continue to put initiatives in place that not only keep driver-partners happy but overall make the experience of driving with Taxify even better,” said Taxify’s Operations Manager, Albert Aryee.

This latest commission slash follows a number of initiatives Taxify has introduced this year.

The European ride-hailing app recently rolled out driver-destinations which it says allows drivers to receive trips along the route to their destinations.

Taxify is the leading European ride-hailing platform, connecting millions of passengers and drivers around the world to make travel easier, quicker and more reliable.

Taxify’s efficient and tech-enabled business model benefits both drivers, who have to pay a smaller commission, as well as passengers who end up paying less for their ride.

Founded by Markus Villig, Taxify was launched in 2013.

It’s one of the fastest-growing ride-hailing platform in Europe and Africa, with investors such as Daimler, Didi Chuxing and Korelya Capital.

Taxify has more than 10 million users in over 25 countries globally.