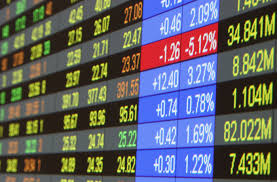 The Ghana Stock Exchange (GSE) has lifted the suspension on the trading activities of two of the five companies that were sanctioned for failing to comply with some regulations guiding listing on the Exchange.

According to the GSE, the companies had corrected the anomalies associated with their operations on the local bourse.

Clydestone has for instance submitted the unaudited financial reports for 2016 to the GSE.

A statement by the exchange indicated,

“Accordingly, the Exchange has lifted the suspension in trading of the shares of CLYD and TRANSOL that was imposed on the two companies with immediate effect.”

A statement announcing their suspension on Monday said that the five companies had failed to meet their continuing listing obligations in spite of several promptings to do so.

The obligations; the GSE explains include; failure to submit financial reports, non-payment of annual listing fees, failure to conduct Annual General Meeting, among others.

According to the Ghana Stock Exchange, the suspension of trading in the said companies will be in force until September 8, 2017 which is the deadline for the companies to rectify the anomalies.

Per the rules governing operations of listed companies, the delisting of an entity will become an ultimate decisionif a company fails to rectify identified anomalies within a given period of time.

Conditions under which a company may be delisted among others include; failure to pay listing fees, provide timely update on audited financial reports and when management of the said entities do not conform to expected standards.

Even though he explains that the said companies had been suspended before, An Associate, Equity Trading at UMB Stockbrokers Kofi Busia Kyei tells accra based citifm the delisting may be the ultimate after failing to rectify all anomalies by the grace period.

“PKL was suspended in 2012 so as Clydestone and Transol so these are not new measures that the Ghana Stock Exchange is undertaking.

As per the listing rules the stock exchange will issue an order to delist the company if they fail to meet the deadline,” he explained.