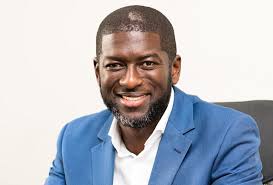 The CEO of wholly-owned Ghanaian energy company, Springfield Exploration and Production (SEP) Limited, Mr Kevin Okyere, has been named among the Top 25 Movers and Shakers to Watch in the world in 2020 by the Africa Energy Chamber.

The Chamber launched the inaugural list on Wednesday, 27 November 2019.

Providing a window to what key developments and advancements the African energy sector can look forward to next year and beyond, the list profiles key individuals who stand to contribute significantly in shaping the continent’s energy economy.

The list, not confined to Africans, features key industry dealmakers such as Africa’s richest man, Aliko Dangote, who chairs the Dangote Group, which is about completing its 650,000 bpd Lagos-based “game-changing” refinery; the President of the United States of America, Mr Donald J. Trump, whose “America-first oil politics is likely to affect global prices and the appetite of American majors to look outside”

“With this list, we hope to put all key role players to task, we want to challenge them and pose the questions: ‘What’s next? Are you going to deliver on your plans and promises? How will you and your organisation contribute to the development of Africa’s oil and gas sector?’,” said N.J. Ayuk, Executive Chairman of the African Energy Chamber and author of Amazon best-selling book ‘Billions at Play: The Future of African Energy and Doing Deals’.

“This year alone, the continent has seen improved cooperation and investment, large-scale discoveries, world-scale projects coming online that make Africa the world’s hottest oil and gas frontier. The next step is to find out how we can maintain this momentum and the people on this list can certainly provide answers. Africans should demand more from them”, Ayuk added.

The Top 25 Movers and Shakers to Watch list forms part of the African Energy Chamber’s African Energy Outlook, which has set out to provide a comprehensive overview of the oil and gas sector across sub-Saharan Africa, focusing on strategic, operational and investment trends in the industry.

“We watch developments in the industry closely and speak to a wide range of stakeholders. What we have noticed, is that a new breed of African oil men and women are playing an ever-greater role in the development of the continent’s resources, including with resources mobilized on the continent. This is a trend we applaud. However, cooperation with international partners who still possess the technology needed to successfully undertake projects is very welcome” said Mickael Vogel, Director of Strategy at the African Energy Chamber.

Mr Okyere currently sits on one of Africa’s “most promising assets” after his company, together with the Ghana National Petroleum Corporation (GNPC), made a huge oil find – the maiden Afina-1 well discovery offshore Ghana – in its West Cape Three Points Block 2.

Afina-1, which is located at a water depth of 1,030 metres, was drilled to a total depth of 4,082 metres and encountered light oil with a gross thickness of 65 metres, with 50 metres light net oil pay in good quality Cenomanian sandstones.

The secondary target in Turonian age sands was drilled at the edge of the structure and encountered 10 metres of hydrocarbon-bearing sands consisting of light oil and gas.

Springfield was awarded the Block in 2016. It has existing oil discoveries of Odum, Banda and Beech.

Afina-1 is the first well drilled by Springfield. With the discovery, Springfield “made history as the first independent Ghanaian and African energy company to drill in deepwater and find hydrocarbons”, a statement jointly signed by Mr Kennedy Noonoo and Mr Francis Poku, said on Monday, 18 November 2019.

Springfield is currently the operator and majority interest holder (84%) of the West Cape Three Points Block 2, with the state-owned oil firm GNPC and its exploration company, EXPLORCO, holding the remaining interest.

Following the find, Mr Okyere, said: “This is great news for Springfield, Ghana and Africa. We are excited about the discovery as it ties into our vision of becoming a leading African upstream player with a global focus. This, for us, means increased opportunities to impact the lives of our people positively with the resources”.

Springfield was incorporated in March 2008 to pursue exploration and production opportunities in Ghana and the West African sub-region. The process of acquiring a block began in 2012, but this was finally awarded by the government of Ghana in March 2016.

From 2016 until now, the company has been building capacity for both upstream and downstream operations with a significant mix of experienced international industry practitioners working alongside their Ghanaian counterparts.