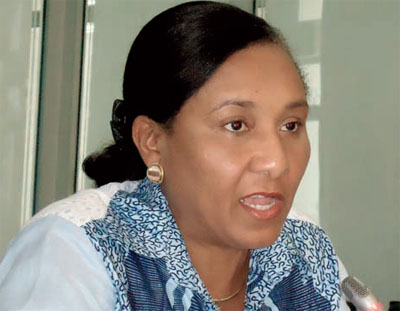 Despite the great prospects that Public Private-Partnerships (PPPs) hold for Ghana’s growth and development, new and specialised skills are required to realise their full potential, a Deputy Minister of Finance, Madam Mona Quartey, has said.

She noted that capacity building for institutions and their personnel who would be involved in rolling out PPP policies could not be overemphasised.

The Deputy Finance Minister said this when she addressed a roundtable on infrastructure finance through PPPs held at the residence of the British High Commissioner to Ghana, Mr Jon Benjamin, at the weekend.

The roundtable was part of the programme of the Right Honourable Lord Mayor of the City of London, Alderman Alan Yarrow.

Madam Quartey said for developing countries to ensure better “value for money” in PPP engagements, there was the need for professional upstream project appraisal.

“If critical projects which are implemented through PPPs are subjected to proper, detailed project preparation and effective project execution, they will inure to the benefit of the national and sub-national entities involved,” she noted.

The Deputy Minister observed that PPPs had been on the horizon since the late 1980s and early 1990s as a catalyst for infrastructural development and better service delivery.

Ghana has its own national policy on PPP which was adopted in June 2011, she pointed out, and said the policy spelt out what constituted a PPP project in Ghana.

She said she was happy to note that Ghana had made significant investments in the energy sector through PPP arrangements and had some projects being prepared for the PPP market to take off very soon.

Madam Quartey, however, emphasised that developing countries in Africa, Asia, the Americas and the Middle East did not need to re-invent the wheel, but should rather endeavour to learn from countries that had successfully implemented PPPs.

“We could achieve our ends by adopting and adapting the models, methods and best practices of these leading countries with PPP skills and expertise, in a manner that suits our unique national characteristics to optimise the PPP potential for Ghana and avoid the common pitfalls of PPP implementation which others have had to deal with,” she added.

For her part, the Minister of Transport, Madam Dzifa Attivor, said increase in maritime trade over the years had caused congestion at the country’s ports, which, therefore, demanded expansion works.

She noted that neighbouring landlocked countries also relied a lot on Ghana and thus come to the Tema Port to clear their goods, adding that the Boankra inland port project was, therefore, meant to enhance Ghana’s role as a transit corridor to landlocked countries.

The Director of the Public Investment Division of the Ministry of Finance and Economic Planning, Mrs Magdalene Apenteng, spoke on five projects in the pipeline under the Ghana PPP programme.

The Lord Mayor Yarrow, who expressed the importance of the PPP programme, said he was happy to be in Ghana, adding that he had visited 24 countries in eight months during the year.

The British High Commissioner, who welcomed the participants, said the roundtable sought to explore and discuss the business opportunities in Ghana in the energy, transport and infrastructure sectors and the challenges in securing finance for major projects.