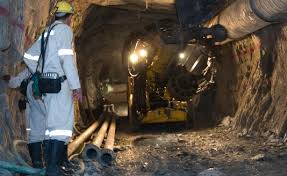 South Africa’s government will talk with mining firms to overcome differences in a new proposed Mining Charter that requires the companies to keep black ownership at 26 percent, the mining minister said on Tuesday.

The state published the requirements on Friday but companies have opposed the proposals saying that once a company should be considered to have met the empowerment principle even if shareholders subsequently sell off their stake.

Regulatory uncertainty is a key concern for miners in Africa’s most industrialised economy, which has been hard hit by job cuts due to weakening global commodities prices for its platinum, gold, iron ore and coal exports.

“We will engage robustly and also iron out this matter,” Mosebenzi Zwane, the minister of mineral resources, told a media briefing before tabling his budget speech in parliament.

“We are not radical… What we are proposing does not differ much from what has been there, but we have proposed some structural changes,” Zwane said.Bullion producer Sibanye Gold said on Monday it was concerned by the lack of consultation over the regulations.

The state and the Chamber of Mines, which represents mining firms, have been in court seeking a ruling to clarify how the law, meant to redress the absence of South Africans excluded from the mining industry under apartheid, should be applied.

The charter review published on Friday says mining companies have three years from 2016 to raise their empowerment levels to 26 percent, and will be open for public comment for 30 days, the department of mineral resources said.

Failure to meet the empowerment targets can result in mining permits or rights being revoked in an industry which is an increasingly hard sell to foreign investors in the face of labour unrest, depressed prices, soaring wage and power costs.