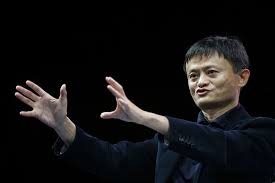 He said investing in the youth and their small businesses is a wise way to secure their future.

Jack Ma made these remarks when he spoke at the Africa Netpreneur Conference in Accra, which was under the theme, ‘The rise of Africas Entrepreneur heroes”.

He said, “Africa never lacks talents, natural and human resources and opportunities, but what we need today is the first group of people to explore, to try to innovate.”

The billionaire called for more support urging all to “start to help, inspire, support and inspire start-up spirit and entrepreneurial spirit.”

He stated that “If society respects entrepreneurship, that society will make progress.”

President Nana Akuffo Addo who was also present at the 2019 Africa Netpreneur Conference touted ongoing efforts by government to support entrepreneurship in the country.

The President also stated that the role of entrepreneurship in spurring economic growth on the continent cannot be overemphasised especially if Africa has to thrive without aid.

He added, “We can only do this if we invest in entrepreneurship and ensure that the populations are aggressive in pursuing their entrepreneurial agenda”.

Guest speaker at the conference, Former UN Secretary General Ban Ki-moon also added his voice to the call to empower entrepreneurs on the continent.

He is seeking to support 10 African entrepreneurs every year with a shared $1 million grant over the next 10 years.

AfDB unveils $10bn Response Facility for member states webmanager April 9, 2020
Close
Business World Ghana
Proudly powered by WordPress Theme: Magad.
We use cookies for functional and analytic purposes to ensure that we give you the best experience on our website. By using this website, we assume that you give your consent to this policy.Ok