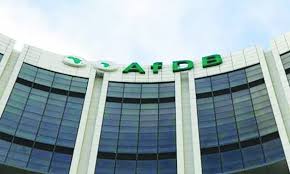 Agriculture will continue to remain the second fastest-growing sector in the Ghanaian economy in 2020.

But the services sector will suffer because of the financil sector reforms that began in 2017 and ended last year.

The manufacturing sector led the economic growth in the last two years [2018 & 2019], primarily because of oil production.

According to the African Development Bank 2020 Economic Outlook Report, the services sector which hitherto was leading the sectoral growth will remain bottom because of a weigh down of the financial sector clean-up that started in 2017, placing a temporary drag on growth of services.

Ghana’s economy continued to expand in 2019, with real GDP growth estimated at 7.1 percent.

High growth momentum since 2017 the AfDB said has consistently placed Ghana among Africa’s 10 fastest-growing economies, adding, “Improvements in the macroeconomic environment were accompanied by expansion in domestic demand due to increased private consumption. The industrial sector, with average annual growth exceeding 10%, was a major driver of growth in the three years to 2019.”

In the third quarter of 2019, the manufacturing sector grew

The report outlined further that “In 2019, Ghana maintained its moderate fiscal and current account deficits, single-digit inflation, and a relatively stable exchange rate.

“The fiscal deficit improved from 3.5% of GDP in 2018 to 3.4% in 2019. However, the current account deficit rose from 3.1% of GDP to 3.5% as net flows in the income account outweighed gains in the trade account. A steady decline in nonfood inflation and tight monetary policy helped keep inflation within a medium-term target of 8 ± 2%.”.