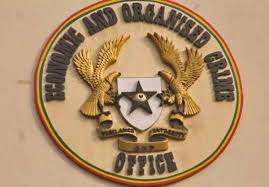 The Securities and Exchange Commission (SEC) has begun investigations into at least three online investment companies that are operating illegally.

These companies are said to be selling investment packages to Ghanaian consumers without any physical presence in the country.

“Some are even online businesses marketing certain products in Ghana. Or at least they haven’t established a physical location yet. It’s been very preliminary and it’s a new area of our work that we are going to be quite strong on as well,” he noted.

According to the SEC, the move forms part of efforts of the commission to strengthen the investment space.

“We will be coming out shortly with a lengthier statement. And actually name some of these firms as well. I will say like three or four other firms. Firms illegally operating in the investment space, I think that will be how to characterize it,” Mr. Ababio stressed.

Some analysts have criticized the commission for what they say is regulatory failure resulting in the loss of millions of cedis of some collapsed investment funds.

This is despite several warnings by the commission asking the public to avoid doing business with unlicensed investments companies.

In September last year, the commission issued a statement directing unlicensed companies to close down voluntarily or face the law.

According to the commission, the activities of such companies is a breach of various provisions of the Security Industry Act of 2016, Act 929.

“We surveyed the financial landscape. Some people bring companies to our attention. We communicate with them to stop operating,” Mr. Ababio explained.

Currently, the SEC is working with the Economic and Organized Crime Office and the Attorney General to investigate the dealings of gold dealership firm, Menzgold.