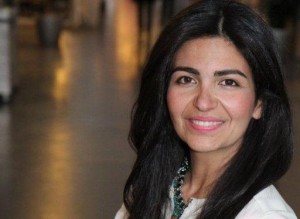 Millicom Ghana (Tigo) has appointed a Swedish, Roshi Motman as the new boss for the company. She takes over from Adil El Youssefi, who resigned in March this year to become boss of Airtel Kenya.

Roshi Motman, whose appointment takes effect from today, will become the first woman to be appointed as MD of a telecom company in Ghana.

Industry players are expected to keep an eye on her especially at a time when Tigo is struggling to stay at number three in the industry.

Recent Statistics released from the regulator, the National Communications Authority (NCA) showed Tigo gained only 37,348 new mobile voice subscribers as at January 2014 with a total of 4,058,573 subscribers and 14.28% of market share.

It placed fourth out of the six operators in getting more voice subscribers for the period, with MTN leading followed by Vodafone then Airtel.

But Roshi Motman is optimistic under her leadership Tigo will become a stronger brand.

“I really look forward to joining the team in Accra to help make Tigo an even stronger brand that offers attractive digital services to Ghana’s consumers. I am excited to take on this challenge together with my colleagues and our stakeholders in Ghana.”

Commenting on the appointment, Arthur Bastings, Millicom’s Executive Vice-President for Africa, said “Roshi takes the helm as Tigo continues its journey of transformation as a digital lifestyle company.  We are looking forward to benefiting from her track record of innovative and customer centric leadership.”

Meanwhile a new Deputy General Manager for the telecom operator is expected to be announced soon.