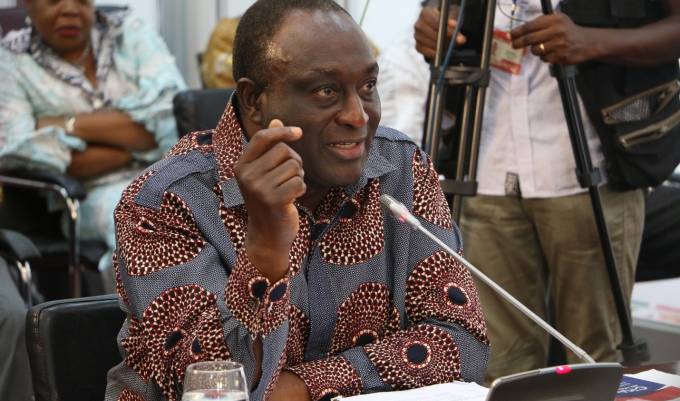 Homepage » Economy » Procuring Local Fabrics To Be Made Compulsory – Alan

Government institutions will soon be compelled to procure fabrics from local textile firms, the Minister of Trade and Industry Alan Kyeremanten has revealed.

The move, according to him, is part of measures rolled out by government to revive the ailing textile industry in Ghana.

“We believe that government will do what it has promised to do…introduce this policy,” he stated last week Thursday when he met players in the industry who have been protesting against the influx of fake textiles onto the Ghanaian market.

The textile industry which used to employ about 27.000 workers in the 70’s now employs less 3,000 as a result of the collapse of textile firms.

To clamp down on the influx of the fake textiles on the market, the Ministry of Trade and Industry inaugurated a 12-member vetting committee to facilitate the work of the anti-textile piracy taskforce it constituted earlier this year.

The committee, according to the Deputy Trade Minister Carlos Ahenkora is critical to the fight against pirated textiles smuggled onto the market.

Meanwhile, the Textile, Garment and Leather Workers Union (TGLEU) are accusing the Trade Minister of hatching a plot to divide the front of textile workers.

Their accusation followed his criticism of them for boycotting the Thursday meeting to announce plans to deal with the influx of pirated wax prints onto the market after protests by its members.

The Industrial and Commercial Workers Union (ICU) which is the mother union for the staff of two textile companies participated in the said meeting and according to the Trade Minister, TGLEU’s boycott was regrettable despite its members being invited.

But General Secretary of TGLEU Abraham Koomson said the Trade Minister is being economical with the truth.

“TGLEU has been more concerned than any trade union in this country as far as the struggle against pirated textiles is concerned. The establishment of the task force was at the instance of TGLEU.

For the Minister out of the blue to arrange that meeting without even informing us that it was not an ordinary meeting but a joint press conference we saw that we were going to be ambushed to be committed to a position which will not be good for the industry,” he said.