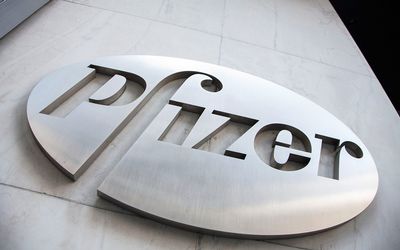 Pfizer claimed the pharmaceutical industry’s latest big prize on Monday, beating a group of rivals after months of jockeying to buy Medivation and its blockbuster cancer drug for $14bn.

Left behind was French drug maker Sanofi, whose aggressive, and at one point hostile, pursuit of Medivation helped open up the process to Pfizer, Gilead Sciences and others that were said to be involved.

Pfizer will pay $81.50 a share in cash, the companies said in a statement on Monday, well above Sanofi’s initial$52.50 a share offer.

By acquiring Medivation, Pfizer getsXtandi, a cancer drug that has already been approved for sale in the US and elsewhere, and that analysts project will generate $1.33bn in annual sales by 2020.

Pfizer CEO Ian Read said in May he was more interested in acquiring late-stage assets because the company already had plenty of early-stage drugs in the works.

The deal is a blow to Sanofi’sambition of expanding into oncology, one of the hottest areas in the pharmaceutical industry.

The company spent five months courting and putting pressure on Medivation to reach a takeover agreement, and at one point attempted to replace Medivation’s board and force a deal.

Medivation, which repeatedly rejected Sanofi’s bids, later opened up the sales process, inviting in other drug makers for a look, including Gilead, Celgene, Merck and Pfizer, according to people familiar with the process.

“We appreciate the opportunity to have engaged constructively with Medivation,” Sanofi said in a statement on Monday.

“While we recognised the potential strategic benefits of a combination with Medivation, we are first and foremost a disciplined acquirer and remain committed to acting in the best interests of Sanofi shareholders.”

The deal with Pfizer contains a “no shop” provision, under which Medivation would pay Pfizer a $510m termination fee for Medivation if it ends the deal and accepted another offer.

Pfizer said the transaction should close by the end of the year, and will boost Pfizer’s earnings by 5c a share in the first full year.

The $81.50 a share price represents an about 118% premium compared to Medivation’s price on March 30, the day before Medivation was said to have hired advisers to defend against a takeover.

In April, it was said to have rejected Sanofi’s initial approach.

Jefferies analyst Jeffrey Holford said that while the price may be seen as expensive, the deal is a logical fit for Pfizer.

“We never try to be too quick to judge these situations given there could still be substantial growth from Xtandi as well as from pipeline assets,” he said. He called a counterbid unlikely.

Along with the cancer drug, Xtandi, Medivation comes with two experimental products: a drug for breast cancer and another for the blood cancer lymphoma.

The breast cancer drug belongs to a class of treatments known as PARP inhibitors, which disrupt cancer cells’ process of DNA repair.

The drug, talazoparib, may well be the most potent medicine in the PARP class, according to Katherine Xu at William Blair & Co in New York.

Pfizer has been one of the drug industry’s most active deal makers.

In April, it walked away from an about $160bn merger with Allergan after the US Treasury announced rules that would have reduced the tax benefits of the transaction. And last year it paid $17bn to buy Hospira, a maker of injectible drugs used in hospitals.

Pfizer has also talked of breaking into two separate companies, one focused on developing new pharmaceuticals and the other on older drugs already on the market.

While Pfizer’s management has said it would make a decision by the end of the year, some analysts are starting to see a division of the business as less likely.

Bernstein analyst Tim Anderson said in a note on Monday that the Medivation deal did not change his view that Pfizer was not likely to split, though the purchase would not affect the timing of such a move if Pfizer goes ahead.

The Medivation deal makes sense for Pfizer’s ambitions in oncology, where it recently introduced the breast cancer drug Ibrance, and to help offset slowing sales of older products, Anderson said.

“There aren’t many oncology assets in the ‘bolt-on’ size range, and while Ibrance is doing great, Pfizer could benefit from more critical mass in oncology,” Anderson said.

“Medivation could arguably fit well with a host of different companies looking to gain greater cancer exposure, and Pfizer has been saying how they are open to doing deals of all sizes.”

Pfizer will split US sales of Xtandi with Tokyo-based Astellas Pharma, which partnered with Medivation on the drug.