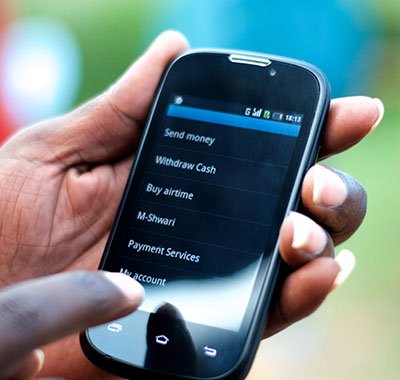 With 50 million new accounts created on the continent in 2019 and a 12 percent increase in registered users, Africa is by far the leading continent for mobile-money services. However, growth is uneven from one region to another.

According to statistics from a new report from the GSMA trade body, Sub-Saharan Africa continues to outpace other regions when it comes to mobile-money services.

In 2019, 50 million sub-Saharan Africans created a mobile-money account via a mobile phone, representing a 12 percent increase compared to 2018 and bringing the total number of users up to 469 million across the region. An estimated 181 million of them are active users.

The total value of the 23.8 billion transactions carried out in 2019 exceeds US$ 456 billion, representing a nearly 28 percent jump compared to 2018 and proving that sub-Saharan Africa beats all records in the sector, as this figure is 3.5 times the value of transactions recorded in South Asia, the second-highest ranked region in terms of mobile-money services.

Sub-Saharan Africa, which has 144 mobile-money services to date, has also been the driver behind the global rise of the sector since 2009.

“At that time, there were already a few players like M-Pesa who demonstrated that demand was strong for these services, and that persuaded others to launch their own ventures,” says Sylvain Morlière, head of mobile financial services at Sofrecom, a telecommunications consultancy firm.

Within the region’s borders, the growth of mobile-money services has nevertheless been uneven.

With an adequately banked population and plenty of liquidity, Southern Africa continues to show little interest in mobile transfer and payment services. The sub-region has just 3 million active users, versus 102 million in East Africa, 56 million in West Africa and 20 million in Central Africa.

Central Africa has been working hard to catch up, with the sub-region holding the status of the most dynamic on the continent since 2017. “Based on what I saw on the ground, Cameroon is much more dynamic than Côte d’Ivoire right now,” says an executive from a French fintech firm operating on the continent.

“In Central Africa, regulations have historically been unclear, although that’s starting to change in the region covered by the Banque des États de l’Afrique Centrale (BEAC). The situation varies widely from one country to the next. Mobile-money services are very successful in Cameroon and Gabon, for example,” Morlière adds.

The fintech executive confirms this: “The Banque Centrale des États de l’Afrique de l’Ouest (BCEAO) is more of a driver behind the growth of these services than the BEAC. But another contributing factor is that the region is not necessarily the preferred market of operators like Orange and MTN.”

However, that does not change the fact that mobile-money transactions in Central Africa jumped by almost 50 percent in volume and 33 percent in value in 2019, reaching US$30.4bn across 17 mobile-money services, versus 59 in West Africa and 54 in East Africa.

There is no question that the double-digit growth expected for this year is related to a tragic turn of events: the COVID-19 pandemic, which to date has claimed 126 lives and infected 4,351 people (confirmed cases) in Africa according to statistics from the World Health Organisation.

After the decisions taken on 2 April by the BCEAO to facilitate digital money transfers (free electronic money transfers between individuals and free household bill payments under a certain amount, elimination of fees charged by service providers for payment transactions, etc.), other central banks and mobile operators such as Safaricom in Kenya are expected to promote such services.

The beginning of a new chapter

Just like in 2017, the new report from the GSMA calls on mobile-money players to increase the level of sophistication of their product range by offering savings, loan and insurance services.

“The ultimate goal is to see the emergence of ‘super apps’, with China serving as a model. These apps are like platforms offering, for instance, the possibility to book a taxi, schedule medical appointments and pay for them via mobile phone, and much, much more,”.

Morlière concludes. And thus begins a new chapter for mobile transactions on the continent and beyond.