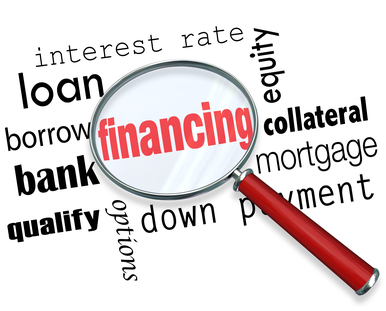 Homepage » Economy » Over 170,000 businesses applied for GHc1bn soft loan support
The soft loan package being offered by government in collaboration with selected financial institutions – universal banks, savings and loans companies, rural and community banks and microfinance institutions – is attracting strong interest from potential beneficiaries although it appears that applications may fall short of expected when the deadline expires at the end of this week.. An estimated 170,000 businesses have so far applied for the GHC1 billion stimulus package mobilized for Micro, Small and Medium Enterprises (MSMEs) according to the National Board for Small Scale Industries which is in charge of supervising the initiative.

Government’s portion of the funding will provide loans at just three percent per annum interest rate with a one year moratorium followed by repayment over the subsequent two years. The terms of the counterpart funding from the financial intermediaries partnering government will however be provided on closer to commercial terms but expectedly at the lowest rates they can afford considering their respective cost of funds.

Altogether NBSSI expects that loans and some outright grants will be given to some 230,000 beneficiaries. The closing date for applications is June 20, and if this is not extended there is the possibility that there will be fewer beneficiaries than originally anticipated. However early worries of poor response to the offer by MSMSs – in the first week following the opening of the application period on May 20, only 14,000 applications were received – have dissipated.

To ensure that loan applications are received from all around Ghana, NBSSI staff and other stakeholders are conducting nationwide outreach and monitoring visits to selected trade and business associations and market centers across the country.

No upper limits or minimum amounts have been announced with regards to loan sizes. The size of each loan – or in some cases outright grant – will be decided based on need, circumstance and repayment capacity. To supervise the approval and disbursement process a loan committee has been established comprising one representative each from the Ministries of Finance and of Trade & Industry respectively; a representative from NBSSI;  and a representative of the participating financial intermediaries. Reputed audit firm, KPMG have been appointed as technical advisors to the initiative.

Beneficiaries will be companies adversely affected by the economic challenges resulting from the COVID 19 outbreak and those who need additional capital for expansion in response to surging demand for their products and services created by the outbreak, The main sectors being targeted are: healthcare and pharmaceuticals; manufacturing; agriculture and agro-business including food and beverage producers; water and sanitation including PPE suppliers; tourism and hospitality; education; textiles and garments;  commerce and trade; and other services.

Businesses eligible for financing must have been in operation for at least six months although exceptions can be made for businesses younger than that but which have innovative strategies for their survival and have the potential to improve the general wellbeing of Ghanaians in the wake of the ongoing viral outbreak.

Only one enterprise can be supported per applicant which means entrepreneurs with several different business must choose which one is to be considered for support. Importantly, special consideration will be given to female applicants and to people with disabilities.

Although government claims that it has made requisite funding arrangements for its various COVID 19 related interventions, NBSSI itself warns that disbursements of approved soft loan applications will be subject to actual availability of funds, suggesting that there are still financing shortfalls. Loans will be disbursed on a first come first served basis which can be expected to persuade applicants to rush in with their applications to become among the first in line. Indeed, late applicants will miss out simply for applying too late, when the available resources have already been exhausted.

Applicants must first register with the NBSSI, which then kicks starts the application assessment process. A key documentary requirement is Tax Identification Number. However those who do not yet have one are allowed to apply and secure a TIN and then use it to support their application. This means MSMEs that have not yet been paying income tax are not automatically excluded; however their application will capture them in the tax net and so they will have to pay income taxes thereafter, whether they actually secure the soft loan they seek or not.